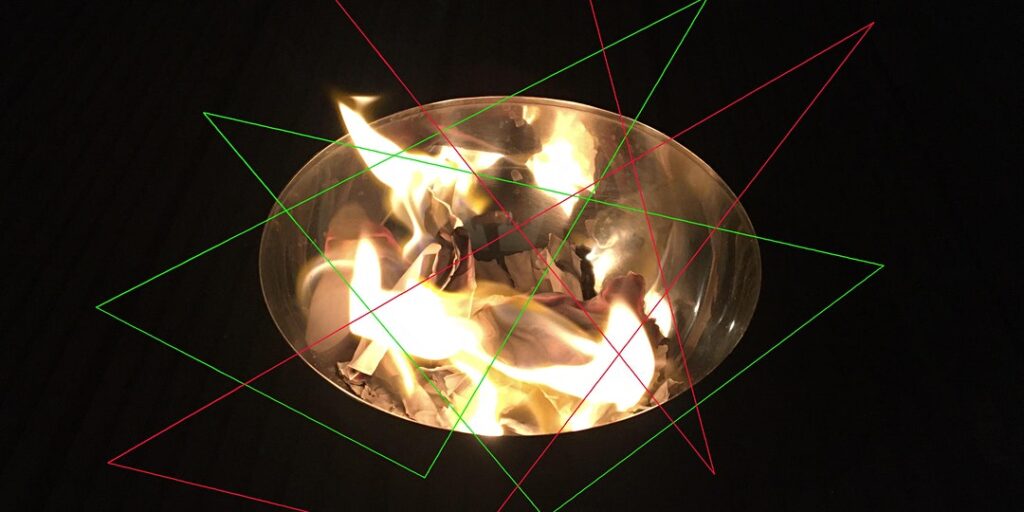 TWMAIRL – “Time Reflection: Not This Future” by Youngsook Choi

Not This Future is part of Youngsook Choi’s ongoing experimentation upon intimate aesthetics of community actions and alternative protests. This participatory performance facilitates a pseudo shamanic ritual as a political device, raising the issues around neo-colonial practice and brutal border controls. It is to resort the community gathering for soothing unfair victims as well as for collective healing of wounded minds. This spiritual occasion invites anti-racism activists, migrants community members and allies to read out 39 passages, particularly commemorating the tragic Essex 39 incident of which the thirty-nine Vietnamese were found dead in the back of a lorry abandoned by the illegal trafficker. Under each victim’s name, the carefully chosen passage will be read out along with offering gestures such as burning letters, sharing divine foods and drinks, or any other personal respectful ways of comforting the resentful souls.

Youngsook Choi is a London-based artist and researcher with a PhD in human geography. Youngsook’s practice relates to her subjective position as a woman, mother and migrant of Korean heritage, coming from a working-class background. Adopting a reflexive approach and live art forms, Youngsook’s works often develop narratives of ‘non-fictional fantasy’, a mixture of research evidence, folk tales, mythologies and performative instructions for audience participation. Between 2011-4, Youngsook developed a body of works provoking conversations around contemporary value system of human labour, based on the research about the socio-cultural legacy of the industrial complex in Seoul, Korea. The outcomes included the series of walking trails under three themes – migration, young factory workers’ culture, and the labour movement, which engaged the audience with the performative instructions and intriguing installations along the routes. This project also culminated in her first solo exhibition ‘Bacchus Economics’ (ggooll gallery, Seoul 2013) of which particularly looked into the socio-economic subjectivity of young female factory workers in 1970s’ Korea under the dictatorship. Since settling in London in 2014, Youngsook’s interest in working-class positionality has expanded by exploring the post-colonial impact through the lens of migrants’ experiences and climate justice. In the participatory project Moulding Home (Rich Mix 2019), Youngsook developed the psycho-geographic practice about the meaning of home with Syrian refugees and migrants in East London by combining cookery, craft and hospitality. The performance, Emperor’s Jade Rabbit (Scaffold Gallery, Manchester 2019) narrates post-colonial capitalism through the testimony of migrant cleaners in Britain, weaving the mythology of the immortal Moon Rabbit, into the recounts of female migrant cleaners and western superstitions/witchcraft around a broom. Youngsook’s recent work Unapologetic Coughing (Raven Row, WithForAbout 2020) is a response out of the urgency to the spike of anti-Asian racism during the Covid-19 outbreak. Borrowing psychogenic cough as a medium for participating audience to express their emotional discomfort, this performance depicts brutal nationalism, abuse of precarious workers and environmental damage, and yet creates an intimate space for collective healing and solidarity. Her works were commissioned by various institutions such as Barbican Centre, Rich Mix, Milton Keynes Art Centre, and MK Islamic Arts Heritage and Culture. Currently, Youngsook is the selected artist for the Constellations 2020/21 (UP Project and Flat Time House, London) and taking up the residency with Asia Art Activism at Raven Row, exploring the concept of ‘political spirituality’ and intimate aesthetics of community actions.