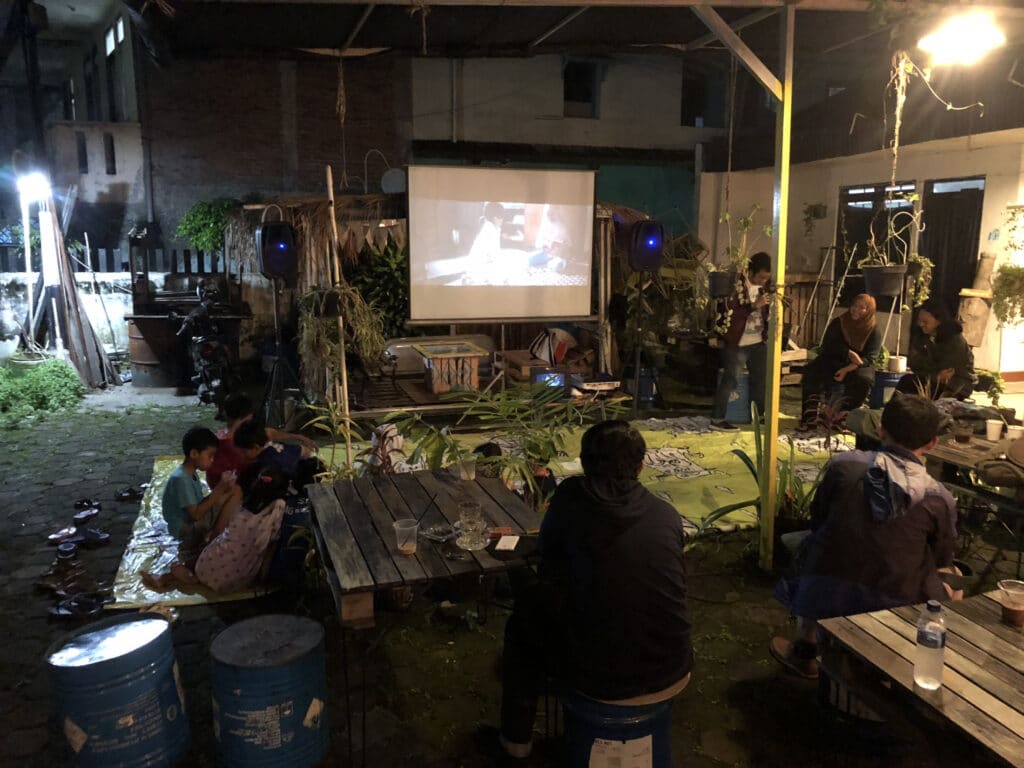 How are artists and culture workers organising in current global conditions? How are art practices being utilised as tools and strategies for building and sustaining community and coalition? And what spaces of refuge and reckoning does art create for diasporic and migrant experiences

Bringing together initiators, partners and contributors to Tools to Transform: A Workbook for Asian Diasporic Organisers, this conversation explores how Asian artists and culture workers are organising as part of and beyond art-making.

Amal Khalaf is a curator and artist and currently Director of Programmes at Cubitt and Civic Curator at the Serpentine Galleries where she has worked on the Edgware Road Project since its inception in 2009.  Here and in other contexts she has developed residencies, exhibitions and collaborative research projects at the intersection of arts and social justice.  With an interest in radical pedagogy, collectivity and community practice, she has developed a migrant justice programme through Implicated Theatre (2011-2019) using Theatre of the Oppressed methodologies to create interventions, curricula and performances with ESOL teachers, hotel workers, domestic workers and migrant justice organisers.  She is a founding member of artist collective GCC,  a trustee for not/no.w.here and on the artistic committee for Arts Catalyst.  In 2019 she curated Bahrain’s pavilion for Venice and in 2016 she co-directed the 10th edition of the Global Art Forum, Art Dubai.

Joon Lynn Goh is a cultural organiser and producer, working across art and culture, migrant movements, popular education and solidarity economies, to explore creative shifts from extractive to regenerative ways of living. Joon Lynn is founding organiser of Migrants in Culture, a network of culture workers organising for culture without borders, co-founder of Asia Art Activism, a research network of artists, educators and organisers currently resident at Raven Row, and co-founder of Sex With Cancer, a patient led inquiry into illness and intimacy. Joon Lynn has been recipient of Champion of the Year, Women on the Move Award 2016, Live Art UK Diverse Actions Leadership Bursary 2017, and declined an MBE (Member of the British Empire, Queen’s Honour list) for Services to Equality in 2019.

Rosalia Namsai Engchuan is a social anthropologist and filmmaker based between Berlin and Southeast Asia. She is currently pursuing her PhD at the Max Planck Institute for Social Anthropology in Halle, Germany on community filmmaking in Indonesia as collective modes of worldmaking. She investigates how cinematic epistemologies produce and socialize knowledges and argues for taking the arts seriously as an arena of knowledge formation as well as an adjustment of some of the (Western) categories through which art is predominantly studied. Her upcoming research will be a collaborative endeavor with artists and cultural producers in Southeast Asia and the diaspora aiming at a complex, situated, and concrete understanding of artistic investigations and interventions into problem clusters of modernity that pivot around what is commonly referred to as ‘environmental crises’.  She curates screenings and dialogical encounters with a focus on Southeast Asian/ Diaspora independent and experimental works, often in collaboration with the Berlin based collective un.thai.tled.

Vicky Truong plants seeds that’ll break the foundation our society was built upon. She wants people to flourish in their own ways as they connect to a movement that works towards a more sublime future. She is a committed activist and community builder working closely with the Asian diaspora in Germany and LGBTQIA+ community; organising festivals, events, workshops and discussions. Food is present in her works as an alternative educator, designer and cook. Being Australian born with Chinese-Teochew, Thai and Vietnamese heritage, she is able to connect to many communities through lived experiences and the rituals surrounding food. She believes that the richness of mixing cultures should be celebrated and a way to bring new structures into society. She strives for healing and empowerment through PIE – PATIENCE, INCLUSION AND EMPATHY. She hopes to build bridges for diverse communities to overcome the system that restricts us from coming together and rising. She began the #mygration festival movement which empowers through the shared feeling of other and to replace it with a sense of belonging; connecting generations, genders, beliefs, ethnicities, sexual orientations and communities. Celebrating our heritage and owning our unique narratives. She also works closely with DAMN – Deutsche Asiant*innen Make Noise, a collective her dear friend Thao Ho founded.