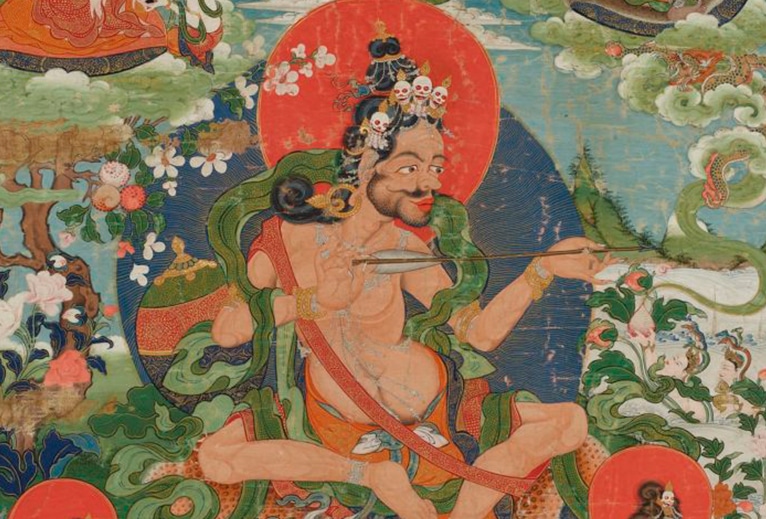 Tantric masters: the divine madness of the Mahasiddhas

Often eccentric in character, the great spiritual masters of ancient India known as the Mahasiddhas have had a considerable impact on the Buddhist landscape of the Himalayas.

This talk by Dr Christian Luczanits, SOAS, introduces the diverse roles these Mahasiddhas fulfilled in the Tibetan Buddhist tradition and how these roles are expressed in art.

This talk is presented in partnership with British Museum’s Tantra: enlightenment to revolution exhibition, supported by the Bagri Foundation.

There he completed his PhD under the external supervision of the late Maurizio Taddei, Istituto Universitario Orientale, Napoli. Following his PhD he held research positions at the University of Vienna until 2000, the Austrian Academy of Sciences, 2000 to 2003, and the Lumbini International Research Institute, 2005–06.

Luczanits also held visiting professorships at UC Berkeley in 2004–05, at Free University in Berlin 2006–08, and at Stanford University and UC Berkeley in the first half of 2010. While teaching in Berlin Luczanits also curated the exhibition ‘Gandhara – the Buddhist Heritage of Pakistan. Legends, Monasteries and Paradise’ at the Kunst- und Ausstellungshalle der Bundesrepublik Deutschland in Bonn together with Michael Jansen and was responsible for its catalogue.

Before joining SOAS he has been Senior Curator at the Rubin Museum of Art in New York.