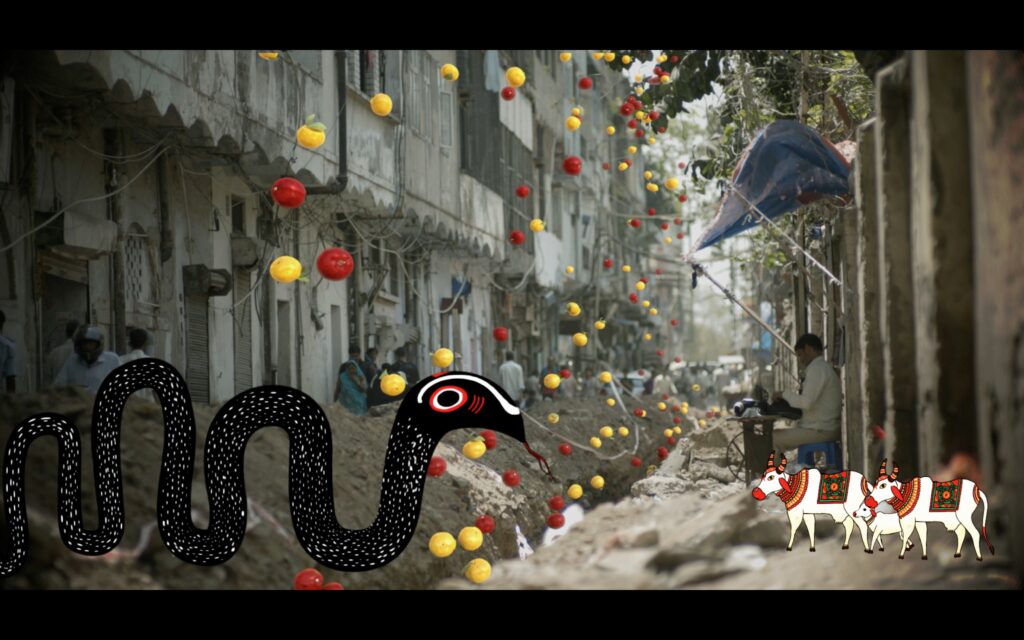 The Bagri Foundation is happy to help the promotion of the Taking the Horse to Eat Jalebis (Ghode Ko Jalebi Khilane Le Ja Riya Hoon) screening and talk.

This elusive, uncategorizable film by veteran theatre director, Anamika Haksar, is an astounding work which brings multiple modes of register to create a portrait of Old Delhi.

There has been a rise in production and visibility of contemporary independent filmmakers coming out of India, existing in contrast to the commercial filmmaking associated with Mumbai, Bangalore and Chennai. Haksar’s debut film coincides with this rise and reflects the vitality of the independent cinema scene in India.

Her film playfully moves between realist and fantastical modes to capture the dreams and nightmares of those who populate the streets of Old Delhi, weaving together a story based on four characters constructed through 75 people the director had interviewed cross two years. By drawing from recorded interviews, animation, folk art, painting and theatre actors, Haksar, has created a distinct film, celebrating the rich history of Old Delhi.