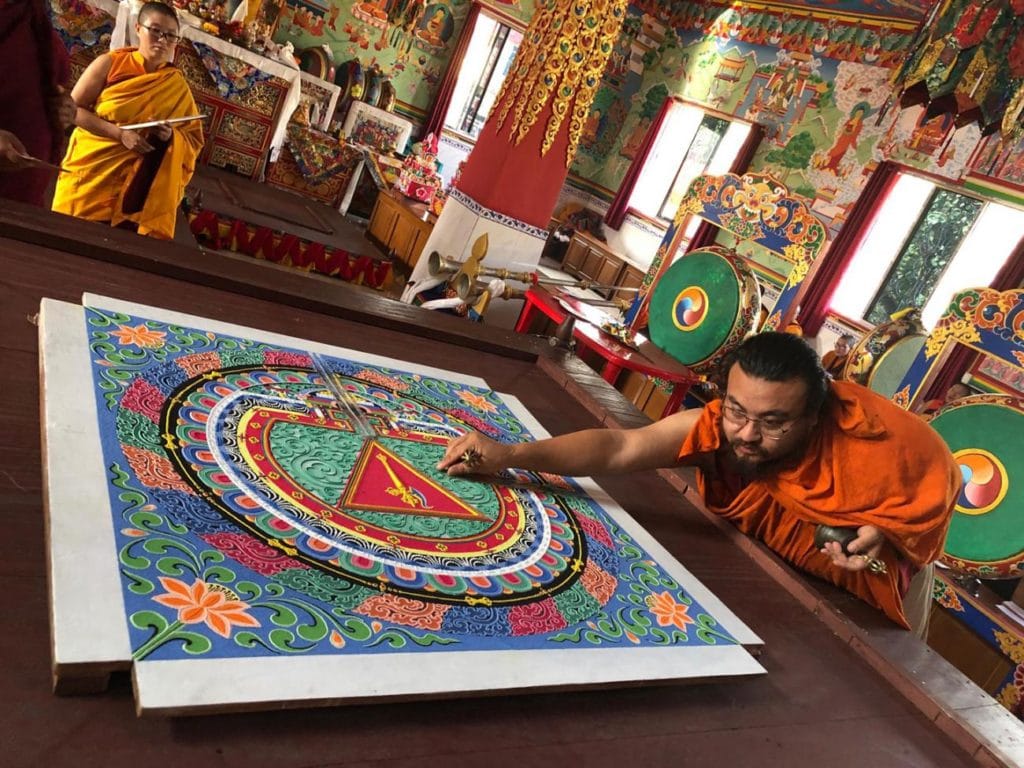 Due to the closure of the British Museum, the Tantra public programme for April and May has been regrettably cancelled.

Tantra employs the powers of creative imagination to transform the human condition.

This illustrated talk by author, adventurer and scholar Ian Baker explores the development of the mandala in Western psychology, art and yoga and its implications for evolving concepts of cosmology.

It will convey the role of the mandala as both an imaginal and performative environment for realising the gods of the Tantric pantheon within one’s own body and imagination and affirming the world of flux and time.

This talk is presented in partnership with British Museum’s Tantra: enlightenment to revolution exhibition, supported by the Bagri Foundation.

Ian Baker studied art history, literature, and comparative religion at Middlebury College, Oxford University, and Columbia University and Medical Anthropology at University College London. He is an international fellow of the Explorers Club and was honoured by National Geographic Society as one of six ‘Explorers for the Millennium’ for his ethnographic and geographical field research in Tibet’s Tsangpo gorges and his team’s discovery of a waterfall that had been the source of myth and geographic speculation for more than a century. Ian is the author of eight critically acclaimed books on Himalayan and Tibetan cultural history, environment, art, and medicine including The Heart of the World: A Journey to the Last Secret Place, Celestial Gallery, The Tibetan Art of Healing, and The Dalai Lama’s Secret Temple, a collaborative work with His Holiness The Dalai Lama that illuminates Tantric Buddhist meditation practices. His latest book Tibetan Yoga: Principles and Practices was published in 2019. Ian has also written for National Geographic Magazine and has contributed to academic journals in the fields of Tibetan yoga and physical culture in Vajrayana Buddhism.