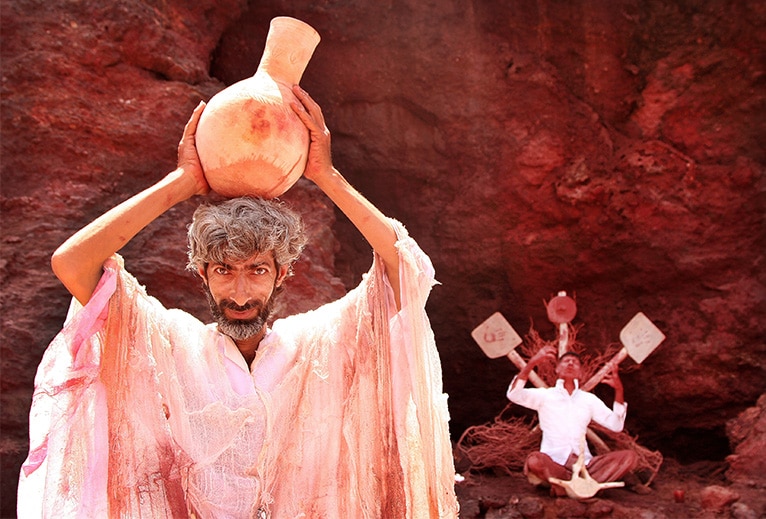 Janbal is inspired by an ancient Hormuz Island myth, in which people sacrifice clothes of the deceased to the sea so that the goddess Sea-Mother will cleanse their souls. The film takes stories told by the island’s dwellers as its starting point, and playfully finds its form from there.

Musa is enchanted by the sounds of the sea. He collects clothes from its shore to create pictorial visions of the Sea-Daughter; he writes stories; he plays the jahleh (clay pot) to keep alive the sound of her voice.

Directed by celebrated video and performance duo Mina Bozorgmehr and Hadi Kamali Moghadam, Janbal takes cinematic storytelling to realms rarely explored, blurring the real and the imaginative in a richly textured and poetic form that is inventive, rhythmic, and visually out-of-this-world.