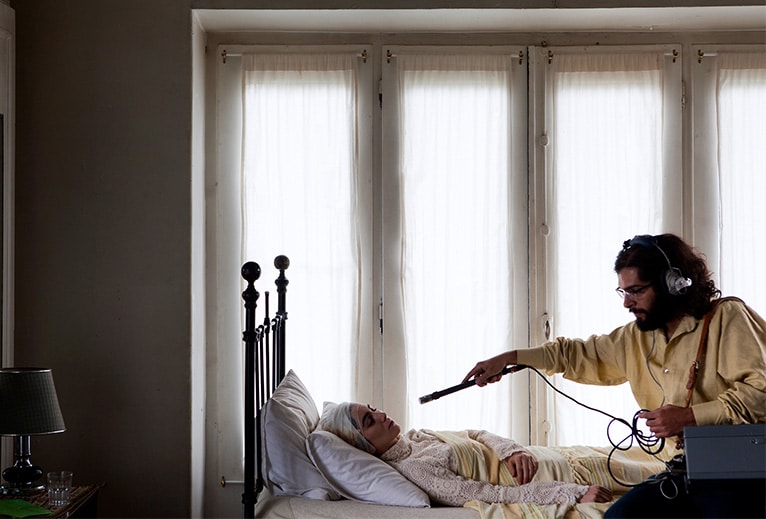 Set both in 1965 and the present day, an eclectic trio – a detective (played by rising star Amir Jadidi), a geologist and a sound recordist – investigate mysterious geological behaviour in an abandoned cemetery on Qeshm Island and the suspicious death of a political exile.

When they discover the 17th century shipwreck where the exile was last seen, they find every inch of the ship’s walls are covered in writing – lines from stories, diary entries, poems and dreams. One of the many elements at the core of A Dragon Arrives! is the search for truth, and the challenges of finding meaning within that process.

Originally premiering in competition at the Berlinale, this is certainly the most ambitious and inventive recent film from Mani Haghighi, one of Iran’s most prolific and eclectic filmmakers.

Dragon Arrives! will be accompanied by an introduction as well as a post-screening discussion to dissect the imagery and layers of narrative at its heart.