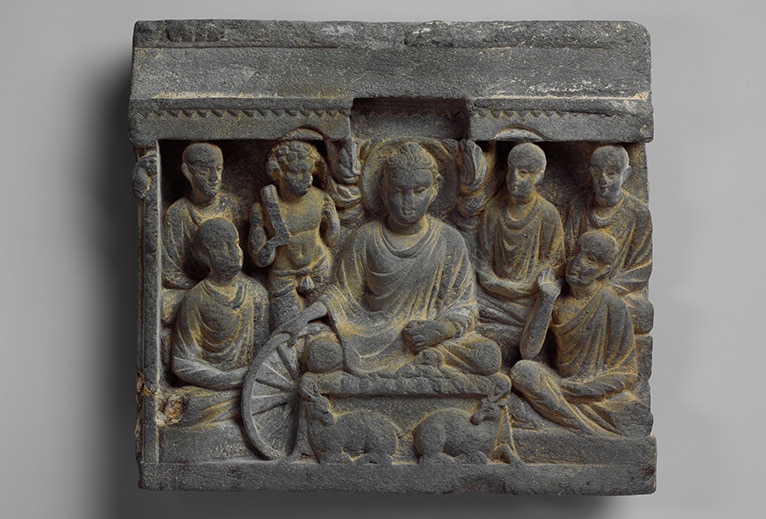 On Heracles’ Track to the Indus

Oxford University’s own Dr Llewelyn Morgan will give the 2019 Gandhara Connections Lecture on ‘Heracles’ Track to the Indus: Ancients and Moderns in the Swat Valley’. Dr Morgan is Associate Professor of Classical Languages and Literature and author of The Buddhas of Bamiyan (2012), which reflects his longstanding interest in Graeco-Roman connections with Central Asia and India.

The lecture will take place at 5pm on Thursday 14th November 2019 in the , 66 St Giles’, Oxford OX1 3LU. A video will be made available online afterwards.

All are welcome to attend, but please book (for free) by contacting: carc@classics.ox.ac.uk

This talk is part of the Classical Art Research Centre’s Gandhara Connections Project, supported by the Bagri Foundation.

Dr Llewelyn Morgan
Dr Llewelyn Morgan is Vice-Principal, Tutorial Fellow in Classics and University Lecturer in Classical Languages and Literature at Brasenose College, University of Oxford . Dr Morgan worked in Pennsylvania and the Republic of Ireland, and studied in both Oxford and Cambridge, before coming to Brasenose College in 1997. Dr Morgan has a special interest in Roman literature, and has published on Virgil, Ovid, Horace, satire, historiography and metrical form. He also has interests in numismatics (the study of coins), the classical tradition, and the Greeks in India. Dr Morgan’s publications include Patterns of redemption in Virgil’s Georgics (Cambridge, 1999), “Child’s play: Ovid and his critics”, JRS 93 (2003), “A yoke connecting baskets: Odes 3.14, Hercules and Italian unity”, and he is currently completing a book on the expressive power of metrical form. He writes regular reviews for the Times Literary Supplement.