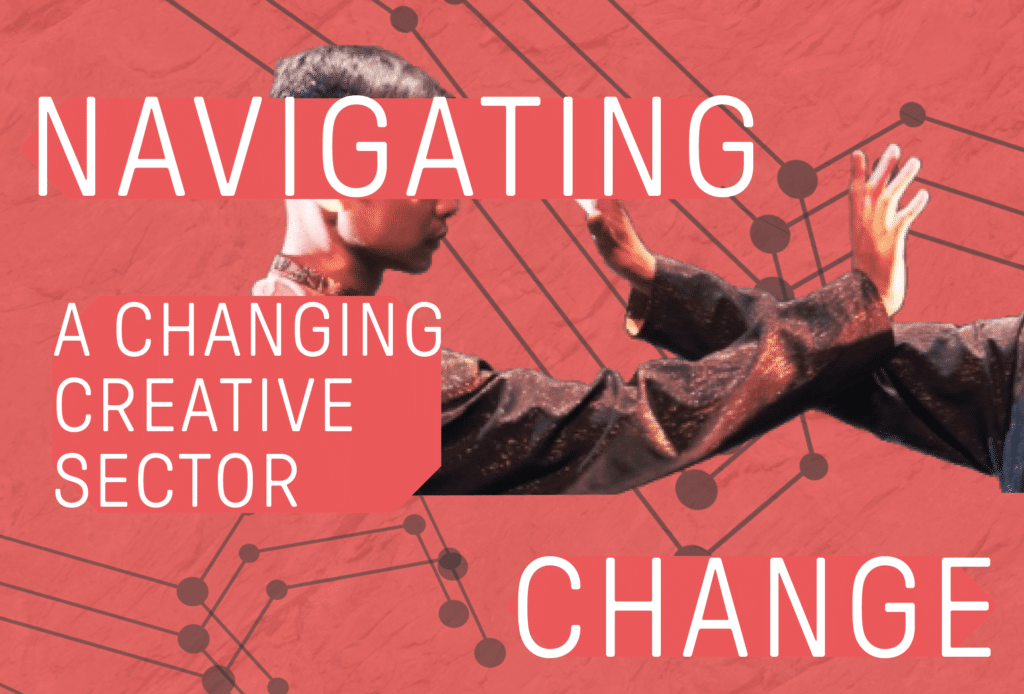 The first panel of the Bagri Foundation series Navigating Change hosts artist Yarli Allison, dancer and choreographer Aakash Odedra, and British Museum’s curator Dr Imma Ramos for a multidisciplinary conversation on how they have embraced positive and meaningful change into their life and practice in a changing creative sector with a focus on spaces they have been exploring either digitally or physically in the past year.

The Navigating a Changing Creative Sector panel recording is released on Tuesday 11th May 2021 at 12pm on the Bagri Foundation Youtube channel.

Sign up to Eventbrite at the Register link on the right, to receive event reminders.

Yarli Allison is a Hong Kong-Canadian born, UK/Paris-based artist with a multidisciplinary approach that traverses sculpture, performance, digital, film, drawing, and installation. Yarli graduated in 2017 with an MFA in Sculpture from Slade School of Fine Art, University College London, UK.

Aakash Odedra is a dancer, choreographer and teacher. Born in Birmingham, UK and trained in the classical Indian dance styles of Kathak (Nilima Devi, Leicester and Asha Joglekar, India) and Bharatanatyam (Chitraleka Bolar, Birmingham and Chhaya Kantaveh, India). Aakash formed Aakash Odedra Company in 2011 as a vehicle for commissioning solos and to develop his own choreographic work. His debut full length solo Rising featured new short works created for him by Sidi Larbi Cherkaoui, Akram Khan and Russell Maliphant. As a choreographer he was commissioned to create a piece for James Brown: Get on the Good Foot (Apollo Theater, New York) and the Opera God’s Little Soldier (Theater Freiburg), The Queen’s Diamond Jubilee celebrations and the closing of the London Cultural Olympiad. Aakash has received numerous awards and bursaries, including a Dora performance award (Canada), Danza&Danza award (Italy), Audience Award Dance Week 2013 (Croatia), Infant Award 2014 (Serbia), Bessie Award (Best Male Performer, 2014) and a Sky Academy Arts Scholarship. Aakash has collaborated with celebrated dancer Hu Shenyuan and composer Nicki Wells to create the duet Samsara. In 2020 he was invited by the British Council in China to present the documentary Making of Samsara as part of the #ConnectdByCreativity UK-China Contemporary Culture Festival. Most recently Aakash has embarked upon a four month residency at New York University Abu Dhabi; presenting workshops, online lectures and virtual performances. He’s launched Across_Dance in collaboration with choreographer Aditi Mangaldas, a new series of online workshops with 100 artists taking part in the pilot across 13 countries.

Dr Imma Ramos is the curator of the medieval to modern South Asia collections at the British Museum. She curated the recent exhibition, Tantra: Enlightenment to Revolution (24 September 2020 – 24 January 2021), and is the author of its accompanying book which presents the first historical exploration of Tantric visual culture from its origins in India to its reimagining in the West. Her research interests revolve around the relationship between religion, politics and gender in South Asian visual culture.