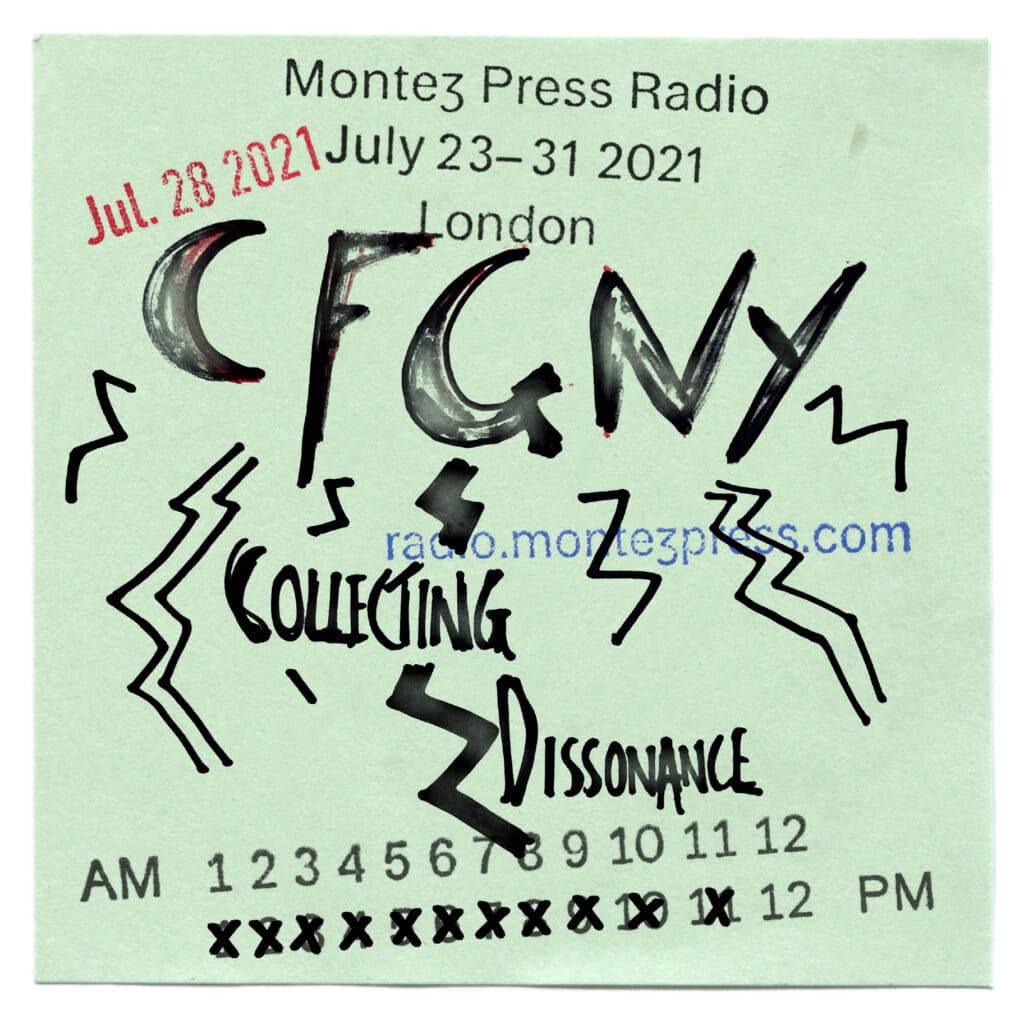 On Wednesday the 28th, from 2pm BST until midnight, Motez Press Radio will be broadcasting live from Auto Italia in London on the occasion of their current exhibition by CFGNY, Collecting Dissonance, based around a garment collection.

The garments are presented as a part of a sculptural installation, which employs motifs and visual languages drawn from the group’s ongoing examination of the economic and social contexts of ‘cuteness’: subcultural commodity aesthetics that include kawaii (かわいい) in Japan, Kě’ài (可爱) in China and Aegyo (애교) in South Korea. CFGNY (Concept Foreign Garments New York) began in 2016 as an ongoing dialogue between Tin Nguyen and Daniel Chew on the intersections of fashion, race, identity and sexuality. Joined by Kirsten Kilponen and Ten Izu in 2020, CFGNY continually returns to the term ‘vaguely Asian’: an understanding of racial identity as a specific cultural experience combined with the experience of being perceived as other.

Montez Press Radio is an experimental broadcasting platform and community for artists, writers, and thinkers to engage in intimate dialogue that interrupts established channels of communication, cultivates emerging and underrepresented voices, and creates space for transformation.

Collecting Dissonance is commissioned and produced by Auto Italia and has been made possible by Headline Exhibition Supporters Cockayne – Grants for the Arts and London Community Foundation, with additional support from Bagri Foundation and Henry Moore Foundation.

Read more about the exhibition here.