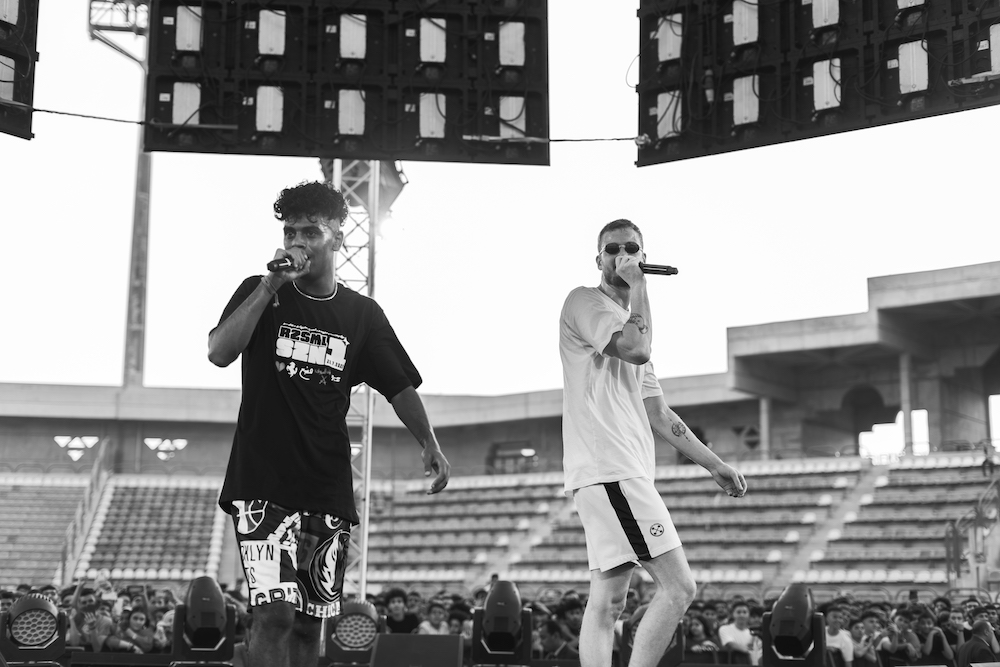 Marwan Moussa and Afroto in London

Spearheading the infectious wave of Arab-trap in the region, the Egyptian artists Marwan Moussa and Afroto make their London debuts. The two artists from ra2smal collective, who are also best friends offstage, will be performing their own hits, new releases and sharing the stage to perform their collaboration tracks.

This event is the second in a series of events between Bagri Foundation and Marsm UK that look to explore the contemporary evolution of rap, hip hop, trap and electronica in SW Asia and North Africa.

Marwan Moussa. Rapper and producer, Marwan Moussa has been on the scene since 2016, and has spent the past years releasing a staggering amount of singles and EPs, with his first national hit ‘Sheraton’ released in 2020 and followed up with his feature album ‘Florida’.

Afroto. Hailing from El Seyouf, Alexandria, Afroto burst onto the scene in 2019 with his hit ‘Segara’. He has been taking Egypt by storm with his hits ‘MSH BEL HOZOOZ’, ‘FAR2 KHEBRA’ and ‘HARAZEEK’ released in 2022, and has been making consistent chart-toppers ever since, with a lot more to come.

Marsm is an events company that promotes the rich and diverse musical cultures of the Arabic-speaking world across the UK. London-based concert producer and organiser for alternative and underground Arab music events in the UK: from hosting some of the biggest names in the region to emboldening the burgeoning underground music scenes, Marsm supports the exceptional creativity and talent of artists across the Arabic-speaking world. With events spanning from hip-hop and rock to Mahraganat, Dabke and Sufi, we challenge the dogmas of cultural production and present an established UK platform for SWANA arts and culture in its original spirit.