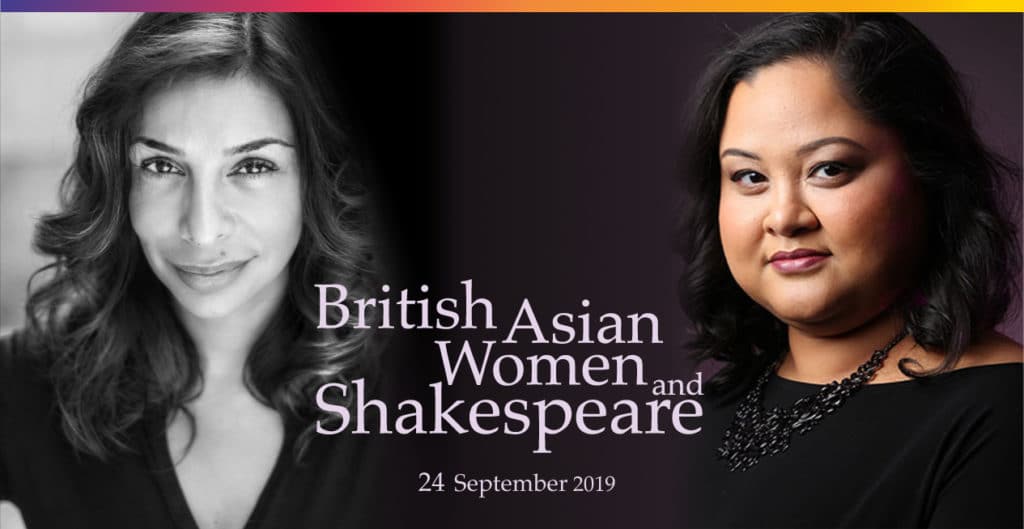 Winner of the best actress award at the 2019 Eastern Eye Arts, Culture and Theatre Awards, Shobna Gulati is a British Asian actress who has been a part of three acclaimed Shakespeare productions – Richard II directed by Adjoa Andoh & Lynette Linton at the Globe (where she played York), Midsummer Night’s Dream directed by Jatinder Verma at Tara Arts (Helena) and Romeo and Juliet directed by Nona Shepphard (Lady Capulet). She has also been celebrated for her performances in a range of theatre and TV productions such as Everybody’s Talking About Jamie, Mamma Mia, Dinnerladies, Coronation Street and Dr Who, thus proving her versatility as an actress. Shobna is classically trained in Bharata Natyam and having studied at Trinity Laban she has choreographed A Midsummer Night’s Dream in the round at Stoke, New Vic and a critically acclaimed Romeo and Juliet at the Royal Exchange, Manchester.

Koel was awarded her PhD in Shakespeare and Bollywood in 2018 from Royal Holloway, University of London and is currently working on a monograph on the history of Bollywood Shakespeares as well as an edited collection of essays on the impact of Shakespeare and Indian Cinemas in the West. She has interests in organising academic events and has co-organised India-Pakistan-UK: Intertwined Narratives, 2017 in collaboration with RHUL and Tara Arts, Indian Shakespeares on Screen, 2016 in collaboration with BFI Southbank and Asia House and the Shakespeare and Bollywood Conference at Royal Holloway University of London, 2014. She also has interests in crossover pedagogical practices in the classroom and in applying literary and pedagogical research to affect policy change.