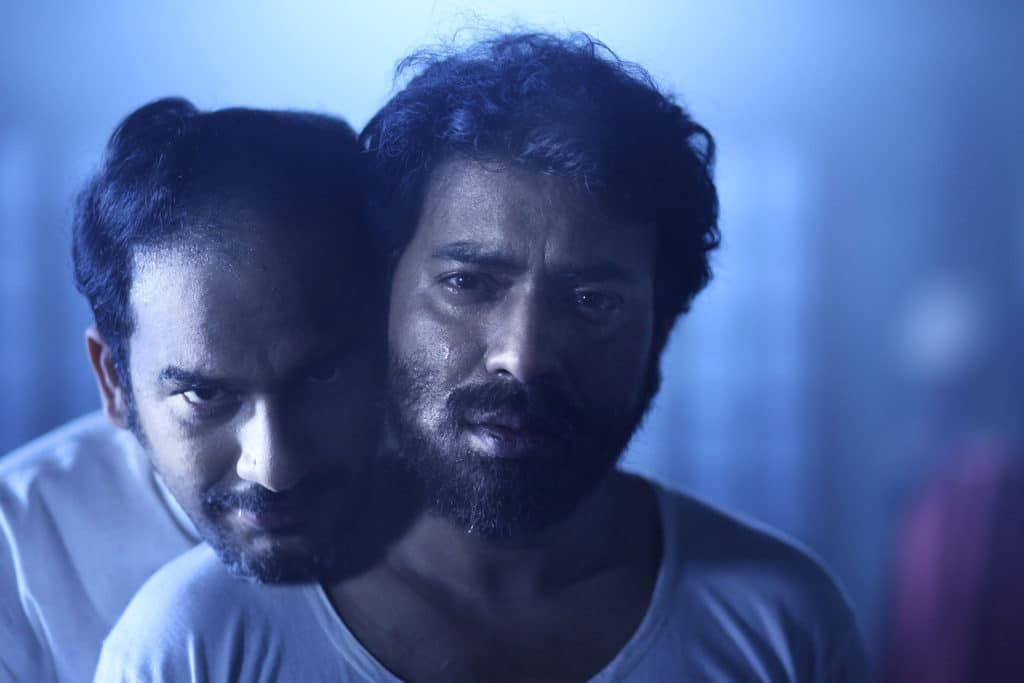 A talented make-up and prosthetic artist, nicknamed Vinci Da after Leonardo da Vinci because of his prodigious skills, gets unwittingly drawn into a psychopathic lawyer’s criminal plans to rid Kolkata of evil. Acting powerhouses Ghosh, Chakraborty and Sarkar are in top form in this terrific, edge-of-the-seat psychological thriller superbly orchestrated by the prolific filmmaker Srijit Mukherji. A smash hit at home in Bengal, this is a rare chance for London audiences to see it on the big screen and also revel in the timeless beauty of Kolkata.

Srijit Mukherji
Srijit Mukherji, one of the leading filmmakers of India, is known for his critical as well as commercially successful films like ‘Autograph’ (2010), ‘Baishe Srabon’ (2011), ‘Jaatishwar’ (2014), ‘Chutoskone’ (2014) and ‘Rajkahini’ (2015), among others. A director, screen-writer and lyricist, Srijit Mukherji’s experiments with various genres and layered narrative, have won him numerous accolades across critics and popular mass.

Mukherji has become the face of contemporary Bengali cinema with his compelling choice of subjects and brilliant execution in each of his films. He has been honored with ‘Best Director’ and ‘Best Original Screenplay’ awards for his film ‘Chotuskone’ at the 62nd National Film Awards. His film ‘Jaatishwar’ won 4 National Awards at the 61st National Awards.