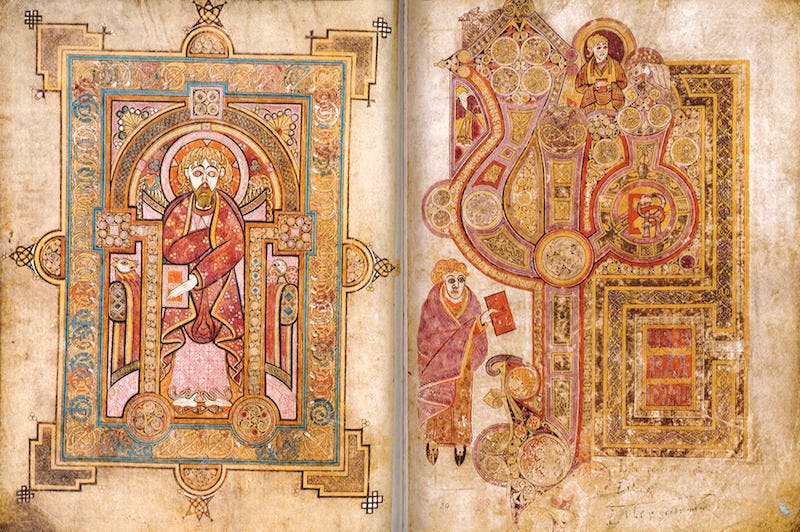 ZEEJLF at the British Library: Meetings with Remarkable Manuscripts

A session on why medieval manuscripts matter. Historian Christopher de Hamel invites us into intimate conversations with 12 of the most famous manuscripts in existence by exploring what they tell us about nearly a 1,000 years of medieval history, and sometimes about the modern world too. De Hamel, who worked for Sotheby’s for 25 years followed by Cambridge University where he is a Fellow of Corpus Christi College, introduces us to kings, queens, saints, scribes, librarians, thieves, dealers, collectors and the international community of manuscript scholars, showing us how he and his fellows piece together evidence to reach unexpected conclusions. Meetings with Remarkable Manuscripts conveys the fascination and excitement of encountering some of the greatest works of art which, in the originals, are to most people completely inaccessible. Introduced by Bruce Wannell, de Hamel will give us a new perspective on history and the process by which we come by knowledge.

Christopher de Hamel
Christopher de Hamel is a Fellow of Corpus Christi College, Cambridge. He was previously responsible for all sales of European illuminated manuscripts at Sotheby’s. His many books include Meetings with Remarkable Manuscripts, which won the Duff Cooper Prize and the Wolfson History Prize.

William Dalrymple
William Dalrymple is a bestselling author of In Xanadu, City of Djinns, From the Holy Mountain, White Mughals, The Last Mughal, Nine Lives, Return of a King: An Indian Army in Afghanistan and Kohinoor, co-written with Anita Anand. He has won several awards, including the Wolfson Prize for History, the Scottish Book of the Year Award and the Duff Cooper Memorial Prize, and has, prior to the shortlisting of Return of a King, been longlisted three times for the Samuel Johnson Prize. In 2016, a Hindustani translation of The Last Mughal was released as Aakhri Mughal. His new book, The Anarchy: The Relentless Rise of the East India Company, will be published in September. Dalrymple is one of the founders and a co-director of the Jaipur Literature Festival.