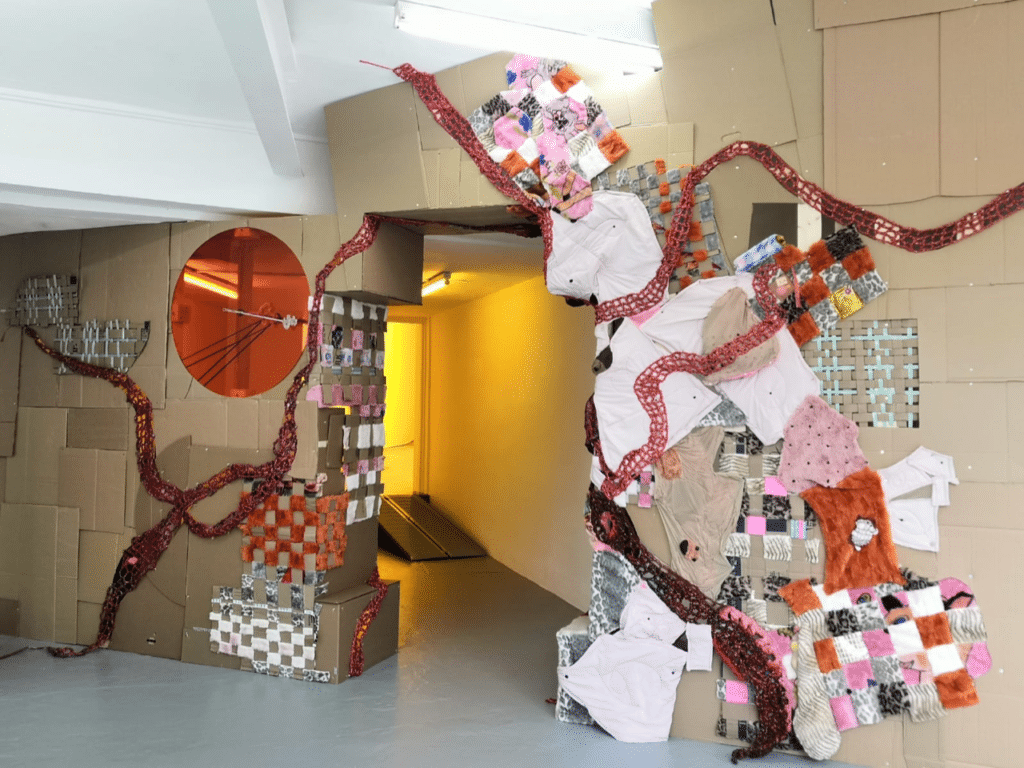 In this online discussion, the artists will discuss the production of their newly commissioned project at Auto Italia and their ongoing exploration of the economic and social contexts of ‘cute’ culture.

Collecting Dissonance, a newly commissioned exhibition of sculpture, image and garment works by the New York collective and label CFGNY. The exhibition takes a new capsule collection of garments as its starting point. The clothes explore how personal and collective intimacies, relationships and agencies have been reshaped by the restrictions and instability caused by the ongoing pandemic, and the consequent heightening of power differentials along the lines of class and race.

Mahoro Seward is a London-based journalist and editor, and the Staff Writer at i-D. He was previously Junior Editor at 1 Granary and he has contributed to publications including AnOther, Another Man, SSAW and Vogue International.

CFGNY (Concept Foreign Garments New York / Cute Fucking Gay New York) began in 2016 as an ongoing dialogue between Tin Nguyen and Daniel Chew on the intersections of fashion, race, identity and sexuality. Joined by Kirsten Kilponen and Ten Izu in 2020, CFGNY continually returns to the term ‘vaguely Asian’: an understanding of racial identity as a specific cultural experience combined with the experience of being perceived as other. CFGNY does not wish to represent what it means to be ‘Asian’ in the singular; instead, it encourages the visualization of the countless ways one is able to be in the plural. Recent presentations include Etage Projects, Copenhagen (2020), Rhode Island School of Design, Providence (2019), Stedelijk Museum, Amsterdam (2018), 47 Canal, New York (2017).