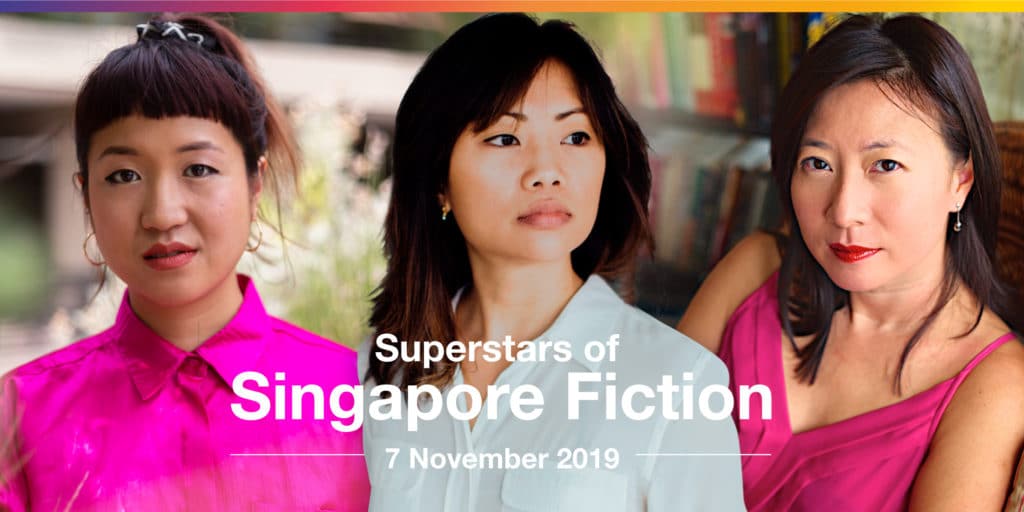 Join the Asia House Bagri Foundation Literature Festival for an evening celebrating some of the best contemporary Singaporean writing with three authors who have uniquely captured the essence of Singapore in their books. The panel consists of award-winning author Sharlene Teo whose debut novel Ponti has received endorsements from the likes of Ian McEwan, author and journalist Cheryl Lu-Lien Tan whose Paul Theroux endorsed novel, Sarong Party Girls, spent 31 weeks on Singapore’s bestseller list, and Jing-Jing Lee whose debut novel, How We Disappeared, has received glowing reviews from publications such as the Financial Times and endorsements from writers such as Xinran.

The authors will explore the different aspects of Singaporean culture that appear in their writing, including food, language and heritage, as well as discuss the contemporary Singaporean literature scene. You will also be able to sample some Singaporean-inspired drinks and canapés, kindly sponsored by the High Commission of the Republic of Singapore, as part of your ticket price.

About Jing-Jing Lee
Jing-Jing Lee was born and raised in Singapore. She obtained a master’s degree in Creative Writing from Oxford in 2011, and has since seen her poetry and short stories published in various journals and anthologies. How We Disappeared is her first novel.

About Cheryl Lu-Lien Tan
Born and raised in Singapore, Cheryl Lu-Lien Tan is a New York-based journalist. She is also the author of A Tiger in the Kitchen: A Memoir of Food and Family, and edited the fiction anthology Singapore Noir. She has been a staff writer at the Wall Street Journal, InStyle magazine and the Baltimore Sun.