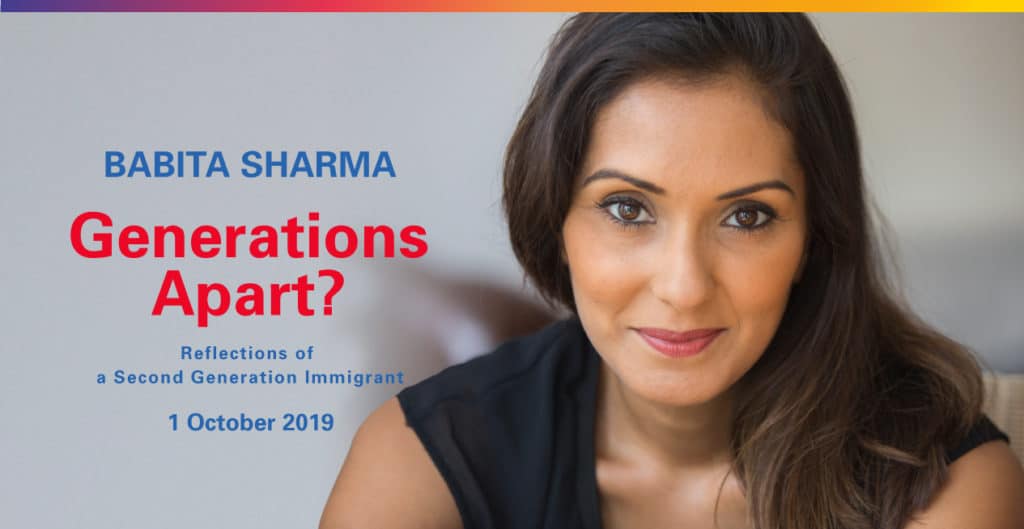 BBC journalist Babita Sharma is a second generation immigrant who was raised in her parent’s corner shop in Reading. Her book The Corner Shopprovides an insight into how these shops mirrored the shifting British landscape – from the general stores of the first half of the 20th century to the reimagined corner shops run by immigrants from India, East Africa and Eastern Europe starting from the 60s.

Join us as Sharma explores the evolving place of the cornershop in the UK and examines wider British attitudes towards immigration and how these have continued to change. She will also discuss second generation immigrant identity and how the generational view on being an immigrant differs – and is at times at odds with – one another.

We are pleased to be in partnership with the Migration Museum for this event.

Babita Sharma is a journalist, TV presenter and news anchor for the BBC. She presents Newsday on BBC World News, covering major global news events including the Trump-Kim Summit in Singapore, the EU Referendum, the Rio Olympics and the award-winning BBC 100 Women series. Passionate about diversity and mental health issues, Sharma mentors BAME journalists and also works with the charity Mind.

Sharma presented BBC Two’s Dangerous Borders: The Story of India & Pakistan. The documentary series took Sharma to the India/Pakistan border 70 years after Partition, following in the footsteps of her family who were directly affected. The Corner Shop is her first book. It follows her critically acclaimed documentary Booze, Beans & Bhajis: The Story of the Corner Shop, broadcast on BBC Four, BBC News Channel and BBC World News.