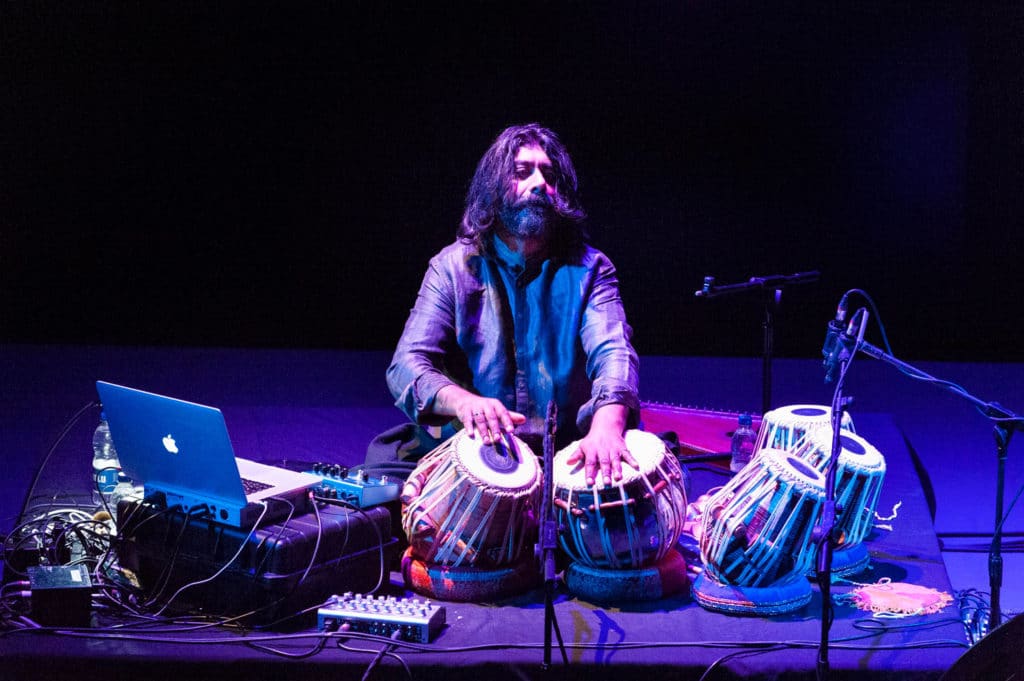 Presented by the Science Museum in partnership with the Bagri Foundation, we were delighted to present an eclectic range of performances, talks and screenings exploring Indian science, technology and innovation which celebrated the diverse cultural fabric of India.

The Illuminating India season was a celebration of India’s contribution to science, technology and mathematics throughout the world. Alongside this were free exhibitions Photography 1857–2017and 5000 Years of Science and Innovation, and a series of new works by artist Chila Kumari Burman‘s commissioned in response to the theme. The events we supported included:

Science Museum Lates: Illuminating India
29 November 2017
This evening celebrated the science, sounds and spirit of India at the Science Museum Lates! With Garba Folk Dance and a Silent Disco with DJ Wondergupta, visitors created their own Rangoli and Kolam patterns, enjoyed Indian folk and blues and showed off their cricket skills.

India Illuminated + A Private Tour of 5000 Years of Science and Innovation 3 February 2018, The Hans Rausing Lecture TheatreGain exclusive access to the 5000 Years of Science and Innovation exhibition with a private out of hours curator lead tour and enjoy three conversations focusing on various aspects of Indian science with curator Matt Kimberley; Dr Aarathi Prasad, biologist, writer and presenter; and author John Keay, one of Britain’s leading historians of British India and a Fellow of the Royal Geographical Society. The Man Who Knew Infinity
16 February 2018, IMAX TheatreThe story of the man whose theories revolutionised mathematics: Srinivasa Ramanujan. Followed by a panel discussion hosted by the President of the Royal Society, Sir Venki Ramakrishnan. Illuminating India: An Evening with Talvin Singh and Yorkston, Thorne & Khan
23 March 2018, IMAX TheatreThe world premiere of a musical response to Photography 1857–2017 by Mercury Prize-winning composer, producer and tabla player Talvin Singh, commissioned by the Science Museum. Yorkston, Thorne & Khan supported Singh on the night, bringing together touches of jazz with traditional Indian classical music and British folk.

About Science Museum
The Science Museum is the home of human ingenuity. Aiming to inspire visitors with award-winning exhibitions, iconic objects and stories of incredible scientific achievement from around the globe.

We’re delighted to partner with the Science Museum to celebrate the diverse cultural fabric of India for the Illuminating India events programme which explores Indian science, technology and innovation. The programme is part of the Museum’s Illuminating India season, which is staged to coincide with 70 years of Indian independence and the British Council’s UK–India Year of Culture 2017–18. At its centre are two major exhibitions: 5000 Years of Science and Innovation  and Photography 1857–2017. Find out more information about the season here.