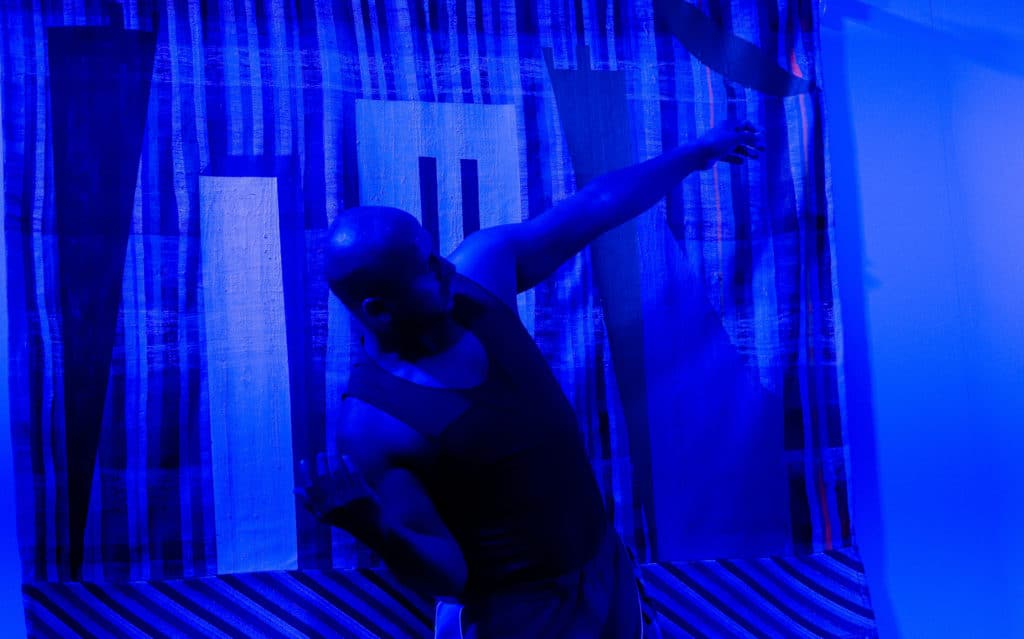 A new reiteration of University of NonDualism, a performance project by London-based artist Shezad Dawood is presented at the Dhaka Art Summit in February 2020. Originally shown at Frieze Art Fair in London in October 2019 as part of their LIVE programme and generously supported by the Bagri Foundation, the work is a series of collaborations built around a ‘stage set’ conceived by Dawood which takes its starting point from the work of Muzharul Islam, a modernist architect, urban planner, educator and activist hailing from Bangladesh (1923–2012). Considered the Grand Master of regional modernism in South Asia, Islam’s style and influence dominated Bangladesh’s architectural scene in the 1960s and 70s. Islam was instrumental in bringing major US architects such as Louis Kahn, Richard Neutra, Stanley Tigerman, Paul Rudolph and Robert Boughey to work in Dhaka. Dawood is particularly interested in the idea of advaita, or non-binary thinking, and how Islam embodies this in his architecture and writings, neither opposing the modern to the vernacular, nor the rural to the urban, but instead looking for ways to integrate these modes within his buildings.

The new iteration of his commission will see the audience animate and complete the elements of the installation.  Dawood’s installed hanging works represent different buildings and drawings from Islam’s Chittagong University. The negative spaces between the wall hangings allow for the audience to move through and animate the installation in time to the lighting sequence and music from patten. The nature of the performance has been reimagined with Adrienne Hart / Neon Dance in terms of unconscious movements elicited from audience members, as a new ‘choreography’ of the installation. Also presented will be a newly edited film work, made during rehearsals for Frieze and combined with archive material from Muzharul Islam’s estate.

Within the Dhaka Art Summit, Shezad’s work will feature in On Muzharul Islam: Surfacing Intention, a group exhibition of 17 artists and collaboratives responding to the built and unbuilt legacy of Bangladeshi architect Muzharul Islam (1923-2012). The exhibition is co-curated by Diana Campbell Betancourt with Sean Anderson (Associate Curator, Department of Architecture and Design, The Museum of Modern Art) and Nurur Khan (Director, Muzharul Islam Archive).

As part of the Summit, on Saturday 8 February, offsite tours of Louis Kahn’s Parliament Building and Muzharul Islam’s Modernist Vision for Dhaka – led by Bangladeshi architecture historians and MoMA’s Sean Anderson – transportation will leave from Intercontinental Hotel at 9 am. Please note: for those wishing to attend the Collectives Symposium – additional tours of Dhaka architecture will be offered on February 11 from 9 am.

Full details about DAS2020 can be found in the press release here.