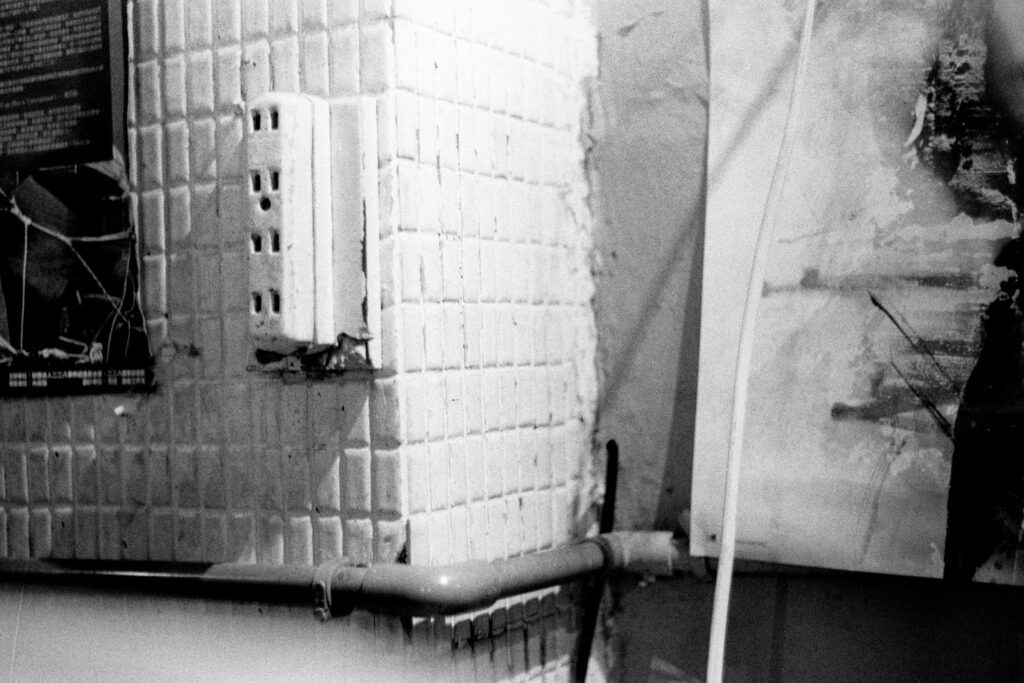 Screening pathway: “It’s about the space” by Howl Yuan

Pathway: Displaced by Tzu-Yun Liang & Yanzhen Wu — Sleeping in between Tehching Hsieh and On Kawara, but at home by River Lin — In Virtual Return We (can’t) Dehaunt by Yarli Allison — A New Experience of Love by Maiko Jinushi.

2020, for obvious reasons, is very unusual for many of us. International travel has been frozen, globalization shown to have  been challenged, the daily routine is interrupted –  the only certainty is uncertainty. It’s a break, a painful break. It’s a process of reflecting, reshaping, and re-acting. Among all these factors, I like to take this screening pathway to stress one of them, the ‘space’.

There’s a slight difference between ‘space’,  ’place’, and  ‘site’. According to Yi-Fu Tuan’s book Space and Place: The Perspective of Experience (1977), ‘space’ refers to an abstract idea – the prototype. This pathway builds upon this prototype in relation to different parameters. Displaced reminds us of the space shared with different species; Sleeping in between Tehching Hsieh and On Kawara, but at home unfolds the experience of space in time; In Virtual Return We (can’t) Dehaunt utilises virtual space to bridge returning and belonging; and A New Experience of Love explores the space between people, including ourselves.

This pathway doesn’t prescribe an order for viewing, so please feel free to reshuffle them, or even add films within the program to make your own pathway that is about the ‘space’. Let the prototype develop to your own narrative.

Watch the “It’s about the space” screening pathway here

Howl Yuan (原承伯) is a Taiwanese, Bristol-based performance maker, writer, curator, researcher and alternative podcast host. He holds a Master’s degree in performance (theatre) from University of Chichester, and is a Ph.D. candidate at University of Exeter. His practices focus on cultural identity, mobility, migration, sites and places. His works and projects have been presented in numerous venues and festivals across Taiwan and the UK, such as Camden People’s Theatre, The Wardrobe Theatre, Marlborough Theatre, Exeter Phoenix, Spill Festival, Migration Matters Festival, and Chinese Arts Now Festival in the UK; and The Guling Street Avant-garde Theatre, The Pier-2 Art Centre, Acid House, Taipei Contemporary Art Centre, and Taroko Arts Residency Project in Taiwan. Howl also curates and initiates different projects. One of them is Artists Home Swap, a performance arts exchange program between Taiwan and the UK. AHS highlights crossing cultural values in artistic influence to communities; and aims to open up the intercultural dialogues by artists and artworks. In addition, he is the guest curator in Migration Matters Festival 2020-2021.  Howl’s writing appears on Performing Arts Forum (Macao), LAC studio (China), and Centre for Contemporary Asian Art (Australia). He is also one of the core members and host for the performing arts podcast Ming Strike.

Maiko Jinushi (1984, Japan) is a visual artist and filmmaker based in Tokyo. She obtained her MFA in Painting from Tama Art University in Tokyo and further studied at the Jan van Eyck Academie in Maastricht. Her work has evolved from drawings and novels on themes of personal tales to the creation of poetic narratives that comprehensively combines elements including film, multi-channel installations, performances to emerge questions what we are and how we live in the contemporary world.

Tzu-Yun Liang (b. 1992) is an environmental artist. Her works create dynamic experiences of time, space, and critical thinking through installation, text and mixed media. Liang’s practices have been focusing on the rhythm and flow of spaces. Her works are presented in
numerous venues across the UK, Taiwan and beyond. She is currently studying for her MA in Art, Space & Nature at the University of Edinburgh. Liang’s previous works discussed the process of organisms consciously perceiving the world around people. She believes that when an idea is developed, the artwork is created, then it is no longer attached to the artist. For her, the most intriguing part of art is the
diverse approach and the uncertain outcome – that is, in the process of interaction between people and the environment, various possibilities of random triggering are explored.

Graduated from environmental design at Nanjing University, Yanzhen Wu’s practice focuses on interior and landscape design, with projects that span explorations of the nursing home, exhibition hall and resident flat. Her practice won the Province Interior Design Competition. Yanzhen Wu is currently studying in MA Art, Space and Nature at the University of Edinburgh, which has shifted her practice to issues around “human intervention” that are present from the dirt in the garden; plants, animals, humans in the city; to COVID-19 and the pandemic – they all share the same features of “human intervention”. The relation between human beings and their surroundings is her current focus.