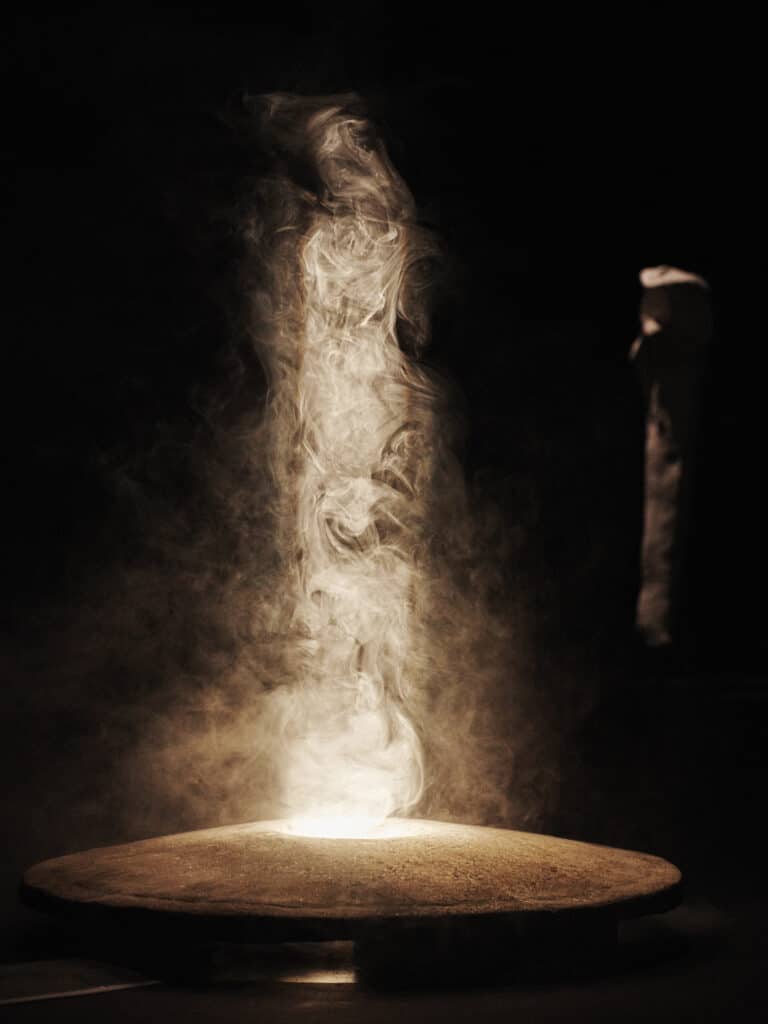 How may we imagine and call forth a future where humanity may heal and thrive in age of political and social unrest, polarised public rhetoric, economic stress, historical and ongoing injustices, planetary degradation, and widespread rage, despair and grief?

Closing out the Till We Meet Again IRL programme, this panel brings together artists Larry Achiampong and Jesse Jones, and curator Adriel Luis, contributors to the 2017 Curating Radical Futures panel inspired by “radical hope”, that was presented at Tate Modern as part of the Outset and Arts Council England commission. Here they reconvene and will be joined by farid rakun, curator and educator. Together they imagine strategies of self-care, spiritual healing and radical intersectional solidarities, that think through and beyond the pandemic experience, issues of postcolonial and neo-imperial legacies of oppression, blackness, Asians, equality, sustainability, systemic change and practices of inter-community collaboration. Moderated by Annie Jael Kwan.

Jesse Jones is an artist based in the west of Ireland. Her practice crosses the media of film, performance and installation. Often working through collaborative structures, she explores how historical instances of communal culture may hold resonance in our current social and political experiences. Jones’ practice is multi-platform, working in film installation, performance and sculpture. Her recent work proposes a re-imagining of the relationship between the Law and the body through speculative feminism.  Using a form of expanded cinema she explores magical counter-narratives to the State drawn from suppressed archetypes and myth. She represented Ireland at the Venice Biennale 2017 with the project ” Tremble Tremble” who’s title is inspired by the 1970s Italian wages for housework movement, during which women chanted “Tremate, tremate, le streghe sono tornate! (Tremble, tremble, the witches have returned!)”.  Jones’ work emerges from a rising social movement in Ireland which calls for a transformation of the historic relationship between the church and the state.  She is currently the inaugural artist in residency for the King’s Inn society of Ireland where is is researching the relationship between, Law, Testimony and performance. Recent solo exhibitions include a solo presentation at Guggenheim Bilbao and a five year commission for kunsthalle Gent. Her teaching practice runs parallel to her work as an artist, this practice is based on Sherkin Island Cork as a lecturer for TU Dublin School of Creative Arts. She is currently preparing a new film installation for the Magdalen series in Rua Red.

Adriel Luis is a community organizer, artist, and curator who believes in collective imagination as a pathway toward liberation. His life’s work is focused on bridging artistic integrity and social vigilance. He is a part of the iLL-Literacy arts collective, which creates music and media to strengthen Black and Asian American coalitions; is creative director of Bombshelltoe, which works with artists to highlight marginalized communities affected by nuclear issues; and collaborates with dozens of artists and organizations through his curate and design engine, Phenomenoun. Adriel is the Curator of Digital and Emerging Practice at the Smithsonian Asian Pacific American Center, where he advocates for equitable practices in museums and institutions. He and his team has been curating Culture Labs — an alternative to museum exhibitions, built on community-centered beliefs. Adriel has curated shows at the Smithsonian Arts & Industries Building in Washington, D.C., Silo Park in Auckland, and an abandoned supermarket in Honolulu. His writing has appeared in Poetry Magazine, the Asian American Literary Review, and Smithsonian Magazine. He has spoken at the Tate Modern, Yale University, the National Museum of African American History and Culture, and the China Academy of Fine Arts. His performance venues include the Brooklyn Academy of Music, SXSW, the John F. Kennedy Center, and the American University of Paris. He has a degree in human sciences from UC Davis in Community and Regional Development and a minor in Asian American Studies.

Trained as an architect (B.Arch from Universitas Indonesia and M.Arch from Cranbrook Academy of Art), farid rakun wears different hats, dependent on who is asking. A visiting lecturer in the Architecture Department of Universitas Indonesia, he is also a part of the artists’ collective ruangrupa, with whom he co-curated TRANSaction: Sonsbeek 2016 in Arnhem, NL. As an instigator, he has permeated various global institutions such as Centre Pompidou, La Biennale di Venezia, MMCA Seoul, Sharjah Biennial, Bienal de Sao Paulo, Harun Farocki Institut, Dutch Art Institute (DAI), Creative Time, Haute école d’art et de design (HEAD) Genève, and basis voor actuele kunst (BAK). He has worked for Jakarta Biennale in different capacities since 2013 and currently serves as its interim director.