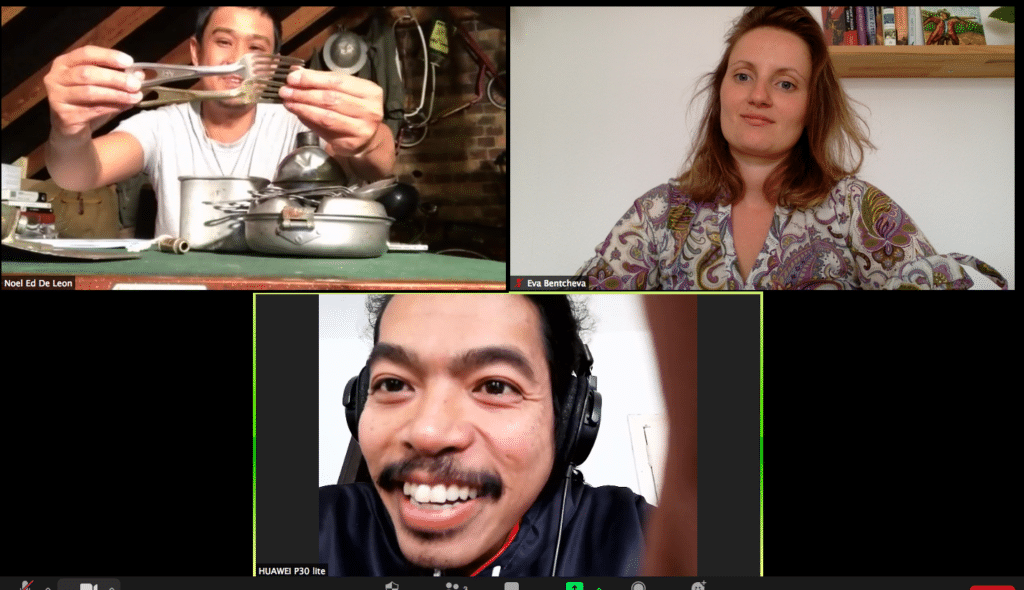 Presenting Noel Ed De Leon’s Microcosmic Orbit, one of the five winning commissions for our At Home in the World Open Call. Curated by Eva Bentcheva and working in collaboration with Berlin-based artist Pepe Dayaw, cultural anthropologist/activist Tran Thu Trang, and London-based artist Erika Tan, De Leon has developed a series of virtual visits to his collection of historic objects in his home’s attic. These range from original equipment from the First and Second World Wars collected in Britain and the Philippines, to found objects, tribal artefacts and remnants of artworks.

Following private tours of the attic with the three guests, Microcosmic Orbit will unfold to the public through three livestream performances on the themes of ‘Sheltering’ (17 July with Pepe Dayaw), ‘Wrapping’ (14 August with Tran Thu Trang) and ‘Temporalities’ (18 September with Erika Tan).

Tune in to the Bagri Foundation’s page here to watch the first livestream of ‘Sheltering’ with Pepe Dayaw this Friday 17th July, 1-2pm (BST).

In this performance, De Leon and Dayaw respond to the theme of ‘sheltering’ through De Leon’s collection of military cooking and eating utensils from the Second World War, and Dayaw’s journey of migration, resettlement and creative cooking across the Philippines, Spain and Germany. Exploring ‘sheltering’ as a process of safeguarding and sustenance – both in moments of migration and (re)settlement, as well as crisis and conflict – the artists have conceived two conversing ‘acts’. These are performed and livestreamed simultaneously from London and Berlin. De Leon will create a live installation inside his attic using a selection of objects from his collection, while Dayaw presents a curated reading of two texts, ‘State of Emergency’ and ‘Mother’s Milk’, from his forthcoming publication ‘Leftovers and Serendipities’ (Nowhere Kitchen, 2021-22).

The other two guests are cultural anthropologist/activist Tran Thu Trang, as well as London-based artist Erika Tan who will be discussing ‘wrapping’ on 14 August and ‘temporalities’ on 18 September respectively.

Pepe Dayaw is an artist and anthropologist of Filipino heritage, born in Manila, migrated to many places and now resides in Brandenburg, Germany. He obtained Master’s degree scholarships in International Performance Research at the University of Amsterdam and Warwick; Performing Arts and Visual Culture at the University of Alcala / Museum of Reina Sofia; as well as Art History, Creative Writing, and Philippine Art Studies from the University of the Philippines. He is a trained dancer, having learned traditional folk dances from the Philippines while being part of a church. Singing, speaking many languages, hospitalities, ritual-making and facilitating: social skills that he learned in the school of life forms part of his

repertoire as a storyteller. He developed methodologies and pedagogies of lifelong learning through a migrant cooking concept of leftovers (Nowhere Kitchen) and many other repertoires of cooking the body (Social Dance Laboratory). He co-founded the Sari-Sari, a community of artistic lives and practices that collaborate on ecologies of performance and economies of friendships. 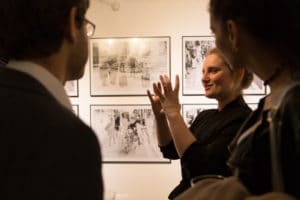