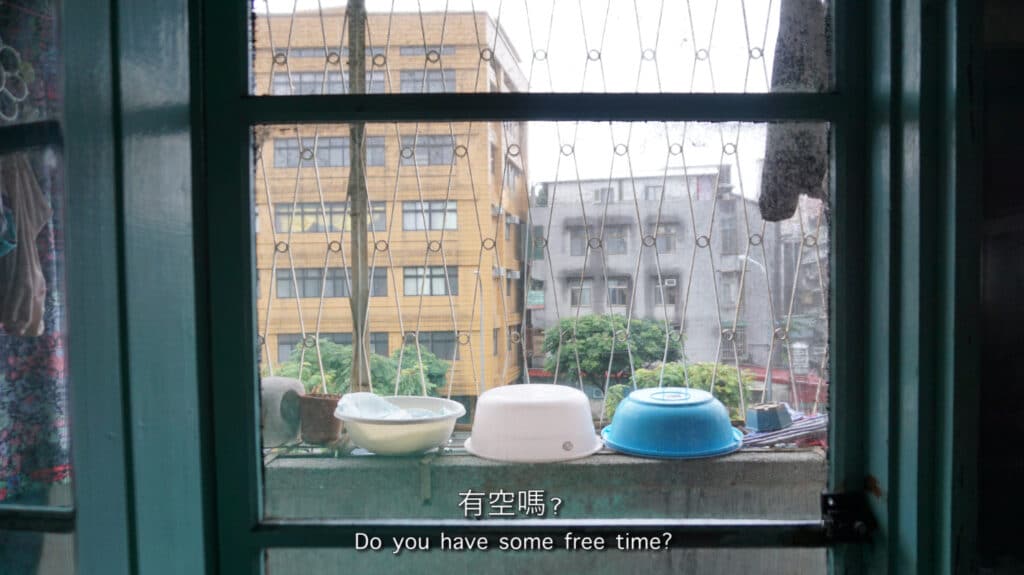 Pathway: Dear Yu Chu by Pei Chi Wu — In Virtual Return We (can’t) Dehaunt by Yarli Allison — The In/Extinguishable Fire by Thuy-Han Nguyen-Chi — Sleeping In Between Tehching Hsieh and On Kawara by River Lin

This year has progressed both so slowly and so quickly, with days, weeks, and months spent indoors somehow blending into one. This screening pathway investigates time, its glitches, fluidity, and inevitability. In this pathway, the artists and their films interrogate the discrepancies between memory, reconciling between known and unknown histories with the contemporary moment.

Time warp speaks to the confusion within lived experiences, remembrance, and knowledge. Through archival practices, interviews, VR, and performance, these artists work around minute personal experiences that have morphed over time, embracing the distortions and haze that comes with its passing.

Born in 1989, Pei Chi Wu currently works and lives in London, UK and is pursuing a master’s degree in Fine Art from Goldsmiths, University of London. Her art practice includes moving image, sound, installation and performance, and is often inspired by the carried story of found objects. ​Wu’s practice has been drawn towards alternative narratives of found objects and personal stories, as well as taboo and traditional folk rituals. She has been thinking about the coincidences and gaps between the storyteller and the story itself, attempting to dig through elements undiscovered and overlooked from its context by collecting and cultivating hidden stories, dreams, and languages interwoven with personal identities. Wu poetically deconstructs and reinterprets shared histories and reconsiders the changing values of time and space as affected by colonialism, collective memory, and existence. Through quotidian items and moments, Wu constructs new, illogical storylines to retell forgotten histories, while also breaking the boundaries between different perspectives. Wu treats all information found and discovered through her process as clues in a map, and follows its route to imagine their absence. Sometimes, Wu sees herself as a storyteller that does not attempt to provide a cohesive and accessible story. Wu both accepts and embraces confusion and entanglements in her narratives, allowing for fluidity and unpredictability to enable open-endedness while conveying intimate yet alienated moments between illusion and reality. Wu has exhibited internationally, including podcasts in Art Licks and Montez Press, worldwide (2019, 2020); Somos Art, Berlin (2019); a curatorial exhibition by SE°111 at Safehouse, London (2019).