We are so excited to bring together a list of some of the amazing recommended reads that journalist and editor Zahra Hankir shared with us via our Instagram Live series “The Bottom Drawer”. We spoke to her on 15 July and the recorded session can be found here on our Instagram IGTV channel. We will also be uploading a subtitled version over on our Youtube channel shortly. 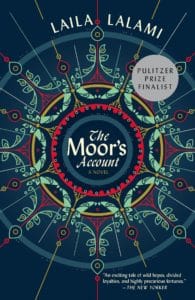 1. “The Moor’s Account” by Laila Lalami. Published by Periscope.

In these pages, Laila Lalami brings us the imagined memoirs of the first black explorer of America: Mustafa al-Zamori, called Estebanico. The slave of a Spanish conquistador, Estebanico sails for the Americas with his master, Dorantes, as part of a danger-laden expedition to Florida. Within a year, Estebanico is one of only four crew members to survive.As he journeys across America with his Spanish companions, the Old World roles of slave and master fall away, and Estebanico remakes himself as an equal, a healer, and a remarkable storyteller. His tale illuminates the ways in which our narratives can transmigrate into history—and how storytelling can offer a chance at redemption and survival. 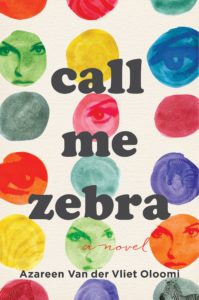 A novel following a feisty heroine’s quest to reclaim her past through the power of literature—even as she navigates the murkier mysteries of love.

Zebra is the last in a line of anarchists, atheists, and autodidacts. When war came, her family didn’t fight; they took refuge in books. Now alone and in exile, Zebra leaves New York for Barcelona, retracing the journey she and her father made from Iran to the United States years ago.

Books are Zebra’s only companions—until she meets Ludo. Their connection is magnetic; their time together fraught. Zebra overwhelms him with her complex literary theories, her concern with death, and her obsession with history. He thinks she’s unhinged; she thinks he’s pedantic. Neither are wrong; neither can let the other go. They push and pull their way across the Mediterranean, wondering with each turn if their love, or lust, can free Zebra from her past. 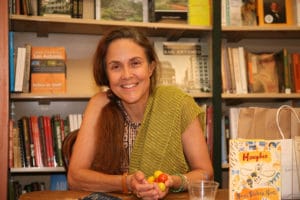 Naomi Shihab Nye was born in St. Louis, Missouri. Her father was a Palestinian refugee and her mother an American of German and Swiss descent, and Nye spent her adolescence in both Jerusalem and San Antonio, Texas. She earned her BA from Trinity University in San Antonio. Nye is the recipient of numerous honors and awards for her work, including the Ivan Sandrof Award for Lifetime Achievement from the National Book Critics Circle, the Lavan Award, the Paterson Poetry Prize, the Carity Randall Prize, the Isabella Gardner Poetry Award, the Lee Bennett Hopkins Poetry award, the Robert Creeley Prize, and many Pushcart Prizes. She has received fellowships from the Lannan Foundation, the Guggenheim Foundation, and she was a Witter Bynner Fellow. From 2010 to 2015 she served as a Chancellor of the Academy of American Poets. In 2018 she was awarded the Lon Tinkle Award for Lifetime Achievement from the Texas Institute of Letters. Nye is the Poetry Foundation’s Young People’s Poet Laureate. – Full biography on the Poetry Foundation website.

Writer and artist Etel Adnan began painting in the early 1960s. Widely known for her poetry, novels
and plays, she moves fluidly between the disciplines of writing and art and is a leading voice of
contemporary Arab-American culture. A multi-linguist who has had a nomadic existence, Adnan
makes work that traverses cultures and disciplines, drawing its inspiration from a deep engagement
with the world. Full biography on the White Cube website. 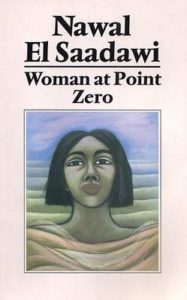 ‘All the men I did get to know, every single man of them, has filled me with but one desire: to lift my hand and bring it smashing down on his face. But because I am a woman I have never had the courage to lift my hand. And because I am a prostitute, I hid my fear under layers of make-up’.

So begins Firdaus’ story, leading to her grimy Cairo prison cell, where she welcomes her death sentence as a relief from her pain and suffering. Born to a peasant family in the Egyptian countryside, Firdaus suffers a childhood of cruelty and neglect. Her passion for education is ignored by her family, and on leaving school she is forced to marry a much older man. Following her escapes from violent relationships, she finally meets Sharifa who tells her that ‘A man does not know a woman’s value the higher you price yourself the more he will realise what you are really worth’ and leads her into a life of prostitution. Desperate and alone, she takes drastic action. Saadawi’s searing indictment of society’s brutal treatment of women continues to resonate today. This classic novel has been an inspiration to countless people across the world. 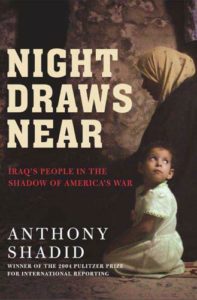 Anthony Shadid served as the Baghdad bureau chief of the Washington Post until December 2009. An award-winning journalist and author, he has reported from most countries in the Middle East over a 15-year career abroad.

Shadid won the Pulitzer Prize for International Reporting in 2004 for his coverage of the U.S. invasion of Iraq and the occupation that followed. In 2007, he was a finalist for the Pulitzer Prize for his coverage of Lebanon. He has also received the American Society of Newspaper Editors’ award for deadline writing (2004), the Overseas Press Club’s Hal Boyle Award for best newspaper or wire service reporting from abroad (2004) and the George Polk Award for foreign reporting (2003).

A GUARDIAN AND OBSERVER BOOK OF THE YEAR.

An intimate, deeply reported account of the women who made a shocking decision: to leave their comfortable
lives behind and join the Islamic State.