Join Bagri Foundation and Shorts On Tap on a visually compelling exploration of Jordan and Jordanian culture with short films from and about the region. Tales of the Silk Road  is a cross-art series of events which started in Autumn 2018 and continues into 2020. Presented across multiple venues in London, the events focus not only on the short films and documentaries of a specific Middle Eastern country, but also on its culture, art and traditions.

The countries featured in the series are Jordan, Lebanon, Syria and Turkey. The fourth Chapter of the series is an extraordinary programme of works exploring, depicting and deciphering Jordan.

The event will be hosted by presenter, writer and producer Nasri Atallah with spoken word from Jordan and the Arab region by Amir Darwish and Farrah Akbik.

The screenings will be followed by a discussion with attending filmmakers.

The show ends approximately at 11pm.

AYNY  by Ahmad Saleh
Based on true events, the short film follows two young boys who run away from their mother’s protection, teetering on the edge of the warzone, in order to play music with the instrument they always dreamt to own. The film is a co-production between Germany, Jordan, and Palestine.

EMPOWERED WOMEN  by Nils Toftenow
Produced by IM Sweden, this documentary focuses on Mona Nahla, a disabled Jordanian woman, highlighting the situation in Jordan for people with disabilities. Mona dreams of becoming politically active so that she can ensure that discrimination against people with disabilities is stopped. She believes that it is society’s fault, and not the person who has a disability when places are not accessible to everyone. She herself received polio when she was young and has partially paralysed legs.

FIVE BOYS AND A WHEEL by Said Zagha
A schoolteacher has to regain his son’s confidence and admiration through an act of violence. The father has to help his son out of a petty conflict with the neighbours. As the parents of each respective family are summoned to discuss the issue at hand, the discussions begin to quickly spin out of control, putting the values of the father to test. Set in Aqaba, Jordan, this short film is an Arabic-language adaptation of Raymond Carver’s ‘Bicycles, Muscles, Cigarettes.’

GIVE UP THE GHOST  by Zain Duraie
Salam’s dream of becoming a mother shatters when she finds out that she is unable to have children with her husband. As she searches for the silver lining, she finds herself in a battle to save her marriage. A lifetime of convictions and beliefs are put to the test as Salam realizes she must make a choice.

MISSING  by Tariq Rimawi
A window opens on a child who lives in a war-torn area where he longs for his favourite sport; football.

RUPTURE  by Yassmina Karajah
The film follows the journey of four Arab teens on their quest to find the public pool in their new Canadian city of Surrey, BC. Introducing a cast of young, first-time actors and war survivors who channel their personal experiences of loss and new beginnings through a fictional narrative.

THERE  by Jaafar Atwa
A short Jordanian film that depicts the daily lives of workers at the country’s largest landfill; Al-Akaider. 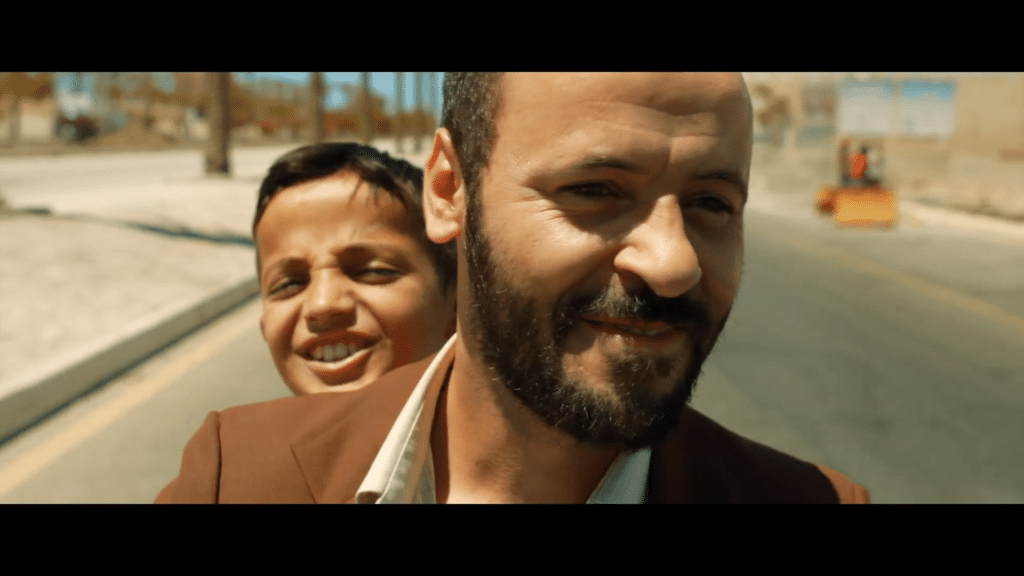 Film Still from Five Boys and a Wheel by Said Zagha

ABOUT BAGRI FOUNDATION
The Bagri Foundation is a UK registered charity, inspired by creative, unique and unexpected ideas that weave the traditional and the contemporary of Asian culture. The Foundation is driven by curiosity, a desire to learn and supports myriad of exciting artistic programmes that challenge, engage and inspire. Through a diverse programme of film, visual arts, music, dance, literature, courses and lectures, Bagri Foundation gives artists and experts from across Asia, or those inspired by the continent, wider visibility on the global stage. www.bagrifoundation.org

ABOUT SHORTS ON TAP
Shorts On Tap is London’s leading short film community. For the past 5 years they have screened hundreds of short films and documentaries at sold-out events across the capital, becoming the place-to-be for London’s independent filmmakers. Shorts On Tap is also active with regular events in Berlin and Tokyo. www.shortsontap.com