Special Guests for Tales of the Silk Road: Chapter 4 – Jordan

With Shorts on Tap, we will present the fourth chapter of our Tales of the Silk Road cross-art series on Wednesday 11 March, from 7pm at Rich Mix. The series, which began in Autumn 2018, offers a programme of short films and documentaries exploring, depicting and deciphering Turkey, Lebanon, Syria, and Jordan and by creating a visually compelling narrative of each country alongside performances and discussion. This time, we will focus on Jordan. Alongside short films from and about the country we will open with poetry from the area and the Arab region. We are delighted to be joined by poets Farrah Akbik and Amir Darwish. They will read a combination of their own poetry alongside work by Jordanian and Jordanian-Palestinian poets and writers, Fathieh Saudi, Fadia Faqir, Ibrahim Nasrallah, Amjad Nasser and Taher Riyad.

We are also pleased to welcome back presenter, writer and producer Nasri Atallah who will host the evening. Find out more about the films screening as part of the night here.

Book your tickets for Tales of the Silk Road: Chapter 4 – Jordan here.

Find out more about the special guests in our event and read a sample of Farrah and Amir’s poetry below.

Nasri Atallah
Nasri is a British-Lebanese writer, television host and producer. He has published a best-selling collection of stories, Our Man in Beirut (Turning Point Books). He is currently co-developing The New Arabs, a six-part documentary about the Arab world that I will also host, and finishing his first crime novel, Beirut Hustle. He has contributed to a bunch of publications, including The Guardian, GQ, Little White Lies, Monocle, Brownbook, CBC, and Time Out. Most of his work focuses pop culture and multiculturalism, the media industry, and storytelling more broadly. He has recently completed the acclaimed Faber Academy Writing A Novel course with Richard Skinner at Faber & Faber in London. He has recently started his own boutique cultural branding and communication agency All Persons Fictitious. He studied Politics at the American University of Beirut (BA) and International Politics of the Middle East at the School of Oriental and African Studies, University of London (MSc). I have also studied entrepreneurship with Babson College and UCL School of Management (through the UK Lebanon Tech Hub).
http://www.nasriatallah.com/ 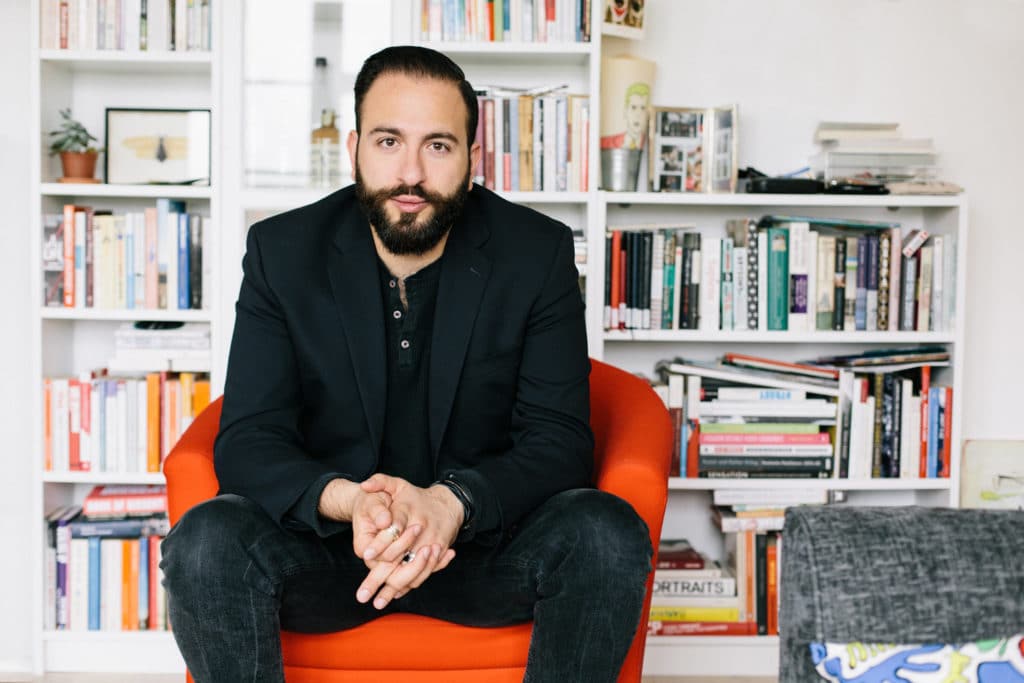 Farrah Akbik
is a British-Syrian based writer that writes to raise awareness of the hardships of Syria and Syrian refugees, and particularly women.  Born to a Syrian father and Moroccan mother, she resided in Syria over two periods during her childhood and later as a young adult at university.  In her spare time she writes on a freelance basis, poetry and short stories.  Farrah studied English Literature and Language at Damascus University, and will be commencing her Masters in Creative Writing, at Birkbeck University in October.

Safad to Sweden…by Farrah Akbik
Abu Selma fled from Safad,
as a small child.
The brass rusty keys,
and tattered deeds,
to the above all testify.
Many a times he
did recount the flight.
I remember him so vividly,
in the kitchen late into the night.
Working meticulously
beneath a wavering light.
A civil servant, a Palestinian,
a refugee by decree.
Assad recognised not his Arab kin.
But gave them a document
to coral them in.
Mukhayam al Yarmouk*…
3mo* tell me about Palestine?
Tired eyes.
A forlorn face that bore witness,
to a laborious pace.
Each crease across
his brow begged to sleep.
Yet his six children needed to eat.
3mo bidak trj3 3la Filisteen?!*
The revolution did begin,
and Camp Yarmouk was besieged.
Neither bread nor water,
only shells and mortar.
No Israeli army was there in sight…
No Zionism…
Did take up this fight.
Arab upon Arab,
thousands forced into yet another
Flight.
Where are you my dear friend?
Selma…
Which path did you take
towards the Promised Land?
From Cairo to the smuggler’s plan.
Was there anyone to hold your hand?
Boats, buses and trains.
Cities, towns, villages and plains.
You watched Europe untwine.
But no path did lead back to Palestine!
No Dome of the Rock,
or Wailing Wall,
was there to be found
at the Swedish port.
Expelled once again,
forced to find a home.
Balfour’s Declaration
did steal your own.
The next Exodus…
Who knows?

*Mukhayam al Yarmouk – Palestinian refugee camp established in Damascus in 1957.  During the Syrian Revolution it became witness to intense fighting and subsequently came under siege by the Syrian Government.
*3mo bidak trj3 3la Filisteen?!* – Arabic written in Latin characters, translating to ‘Uncle to you want to go back to Palestine?’
*3mo – Again Arabic for ‘Uncle’

Amir Darwish:
“Amir Darwish is a British Syrian poet & writer of Kurdish origin who lives in London. Born in Aleppo & came to Britain as an asylum seeker in 2003. Amir has an MA in International Relations of the Middle East from Durham University, UK and a BA in history from Teesside University, UK. He recently finished an MA in creative and life writing at Goldsmiths University, London. He published his work in the UK, USA, Pakistan, India, Finland, Turkey, Canada, Singapore & Mexico. Currently, he is a PhD candidate at Northampton University.” Twitter: @darwish_amir
Find out more his work here.

Where I come from
From the earth I come
From the heart of Africa
From the kidneys of Asia
From India with its spices I come
From a deep Amazonian forest
From a Tibetan meadow I come
From an ivory land
From far away
From everywhere around me
From where there are trees, mountains, rivers and seas
From here, there, from everywhere
From the womb of the Mediterranean I come
From a mental scar
From closed borders
From a camp with a thousand tents
From a bullet wound
From the face of a lonely child
From a single mother’s sigh
From a hole in an inflatable boat about to sink
From a bottle of water for fifty to share
From frozen snot in a toddler’s nose
From the tear on a father’s cheek
From a hungry stomach
From a graffiti that reads, ‘I was here once’
From a missing limb
Like a human I come to share the space.