Music & Speakers for Tales of the Silk Road Syria

We hope you will join us for the latest instalment of Tales of the Silk Road, focussing on Syria. Taking place at the BFI Southbank at 1.45pm next Wednesday 24 July, Bagri Foundation and Shorts on Tap present the musician and guest speakers biographies below. The evening will start with some music from Rihab Azar, followed by the screenings of the films (more on those can be found here), a Q&A with the speakers and filmmakers and a cinema social until 6pm at Benugo Bar. We look forward to seeing you there. 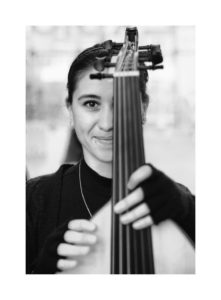 Rihab Azar – Musician – was born in the Syrian city Homs to a musical family. Her father, luthier Samir Azar made her first oud and started teaching her when she was 7 years old. She continued her musical quest later at the Conservatoire of Damascus and was taught by masters of the oud in Syria including Prof. Askar Ali Akbar, Issam Rafea, Mohamad Osman and Ayman Aljesry. The influences at the Conservatoire included Azerbaijani, Arabic, Turkish and Western classical music which allowed Rihab an understanding and practice of various genres. In 2014, She became the first woman oudist to perform accompanied by the Syrian National Orchestra for Arabic Music. The same year marked her graduation and starting as a teacher’s assistant for music theory subject at the Conservatoire of Damascus.

Rihab was the oud player of the “Syrian Female Oriental Takht” from 2006 until 2015, the year in which she moved to the UK, sponsored by the Foreign and Common Wealth Office, to study Music Education at University College London. Arts Council England recognised her as a musician of “Exceptional Promise” in December 2016, which allowed her to continue her professional pursuit in the UK under the “Migrant Talent” scheme. Since 2015, Rihab has performed in festivals such Greenbelt, Journeys International and she debuted her trio in Wales in September 2017. Rihab has performed at iconic spaces in the UK such as the Barbican, Southbank Centre, King’s Place, Lambeth Palace, St. Paul’s Cathedral, The British Museum and at The National Museum of Denmark. Rihab toured with London Sinfonietta in autumn 2018 and she was selected to be amongst the musicians of the newly-formed “Third Orchestra”. Rihab has emerged as a unique intellectual voice and has contributed as a panellist, practitioner and social advocate to workshops held by Oxford, Cambridge, Westminster Universities and King’s College London. 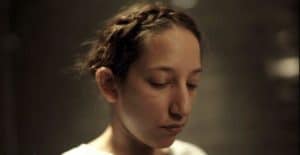 Bidisha is a broadcaster, journalist and filmmaker. She covers and campaigns on social justice, global human rights and the arts and culture for BBC TV and radio, Channel 4 News and Sky News and undertakes cultural diplomacy and political analysis tying these interests together, usually for the British Council. Away from work, she does outreach work with asylum seekers and refugees as well as women risoners and exoffenders. As a director and performer her first film An Impossible Poison premiered in Berlin in 2017. It has been hugely critically acclaimed and made the official selection of numerous film festivals internationally. 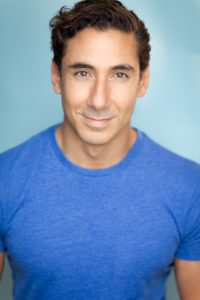 Walles Hamonde is one of the main co-actors in the film Aleppo screening as part of this event. He is a multi-lingual actor based between London and LA. He primarily works across Film, TV, and Voiceover, with credits including Transformers: The Last Knight, Fantastic Beasts and Where to Find Them, and Holby City. 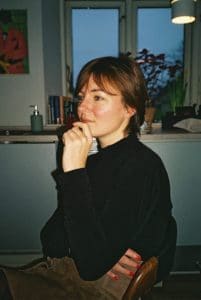 Madeleine Kate McGowan (Director of ‘Um Firas’) works in the intersection of documentary, installation and media-activism. In 2015 McGowan founded the ongoing documentary project Other Story, comprised of short films presenting personal stories of a changing world, told by the people living the change. Other Story is an a growing archive of film portraits, McGowan has traveled to Jordan, Syrian borderlands, Palestine, Standing Rock, European cities, recording human testimonials based on heart-to-heart dialogues. McGowan has a background in the academic fields of visual culture, performance design and art history, working specifically with developing the approach of a ‘radical softness’ in her work. McGowan is one of the pioneers of shaping the Northern European immersive performance artscene, and has unfolded an original art and film practice since 2009 with pieces presented at among other places, ARoS, Kunsthal Charlottenborg, Trinity College Dublin, The National Museum of Denmark, The Danish House in Palestine, Moscow Shorts, Native Spirit Film Festival, Performance Philosophy Biannual Amsterdam, Nikolaj Kunsthal, Oaxaca FilmFest, FOKUS video art festival, Nivågaards Malerisamling and The Royal Danish Theatre. 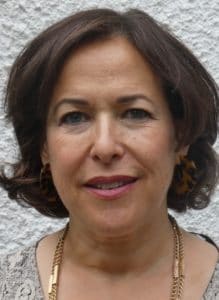 Portia Kamons (Producer of ‘Um Firas’) has extensive experience developing new social impact work for theatre, film and multimedia. She has been a producer for En Garde Arts, the Brooklyn Academy of Music, the London International Festival of Theatre and is a founding member of Primary Stages Theatre Company. She was the lead producer of the award-winning feature film Dorian Blues, producer of BASETRACK LIVE and is the Executive Producer for multimedia company Virtua Creative.

Xavi Segura (Director of This Was My Home) is a fine Arts graduate specialising in photography and video-art (University of Barcelona). He holds an MA in Filmmaking at EMAV (Escola de Mitjans Audiovisuals, Barcelona) and is currently working as Filmmaker at the Branded Content production company, Lavinia Next, in Barcelona. He has directed and written the short films “Atascado” (2015), “Pegados” (2016) and has produced and co-directed “El Sueño Espacial” (2016), a short film featured in multiple festivals. He is passionate about small stories and the multiple possibilities that the audiovisual medium can offer. ”Això era casa meva” (2019) is his first documentary film.