Join us and London’s leading short film community Shorts on Tap for Tales of the Silk Road: Chapter 4 – Jordan on Wednesday 11 March, 7pm at Rich Mix. The cross-arts event will explore Jordan and Jordanian culture with short films from and about the region, spoken word and a discussion with attending participants. We will have seven fantastic films exploring various themes including displacement, migration, disability rights, infertility and the waste crisis in Jordan. Find out more about the films and filmmakers below.

AYNY  by Ahmad Saleh
Based on true events, the short film follows two young boys who run away from their mother’s protection, teetering on the edge of the warzone, in order to play music with the instrument they always dreamt to own. The film is a co-production between Germany, Jordan, and Palestine.

Ahmad Saleh is a writer/director based in Germany. His first work was a collection of short stories titled Zowwada. This collection was awarded the A.M. Qattan Foundation’s Young Writer 2004 in Palestine. Saleh’s first short film House, which he made as part of his Master’s in Digital Media at the University of Arts Bremen in Germany, had a successful festival run before it was released in 2012. The film earned several important awards in Europe, USA, Iran and Jordan. Recently, he finished another Master’s study in Film, in which he wrote and directed two more short films and started writing his first feature. His graduation project Ayny won a Golden Oscar at the Student Academy Awards 2016 in the Foreign Animation category. 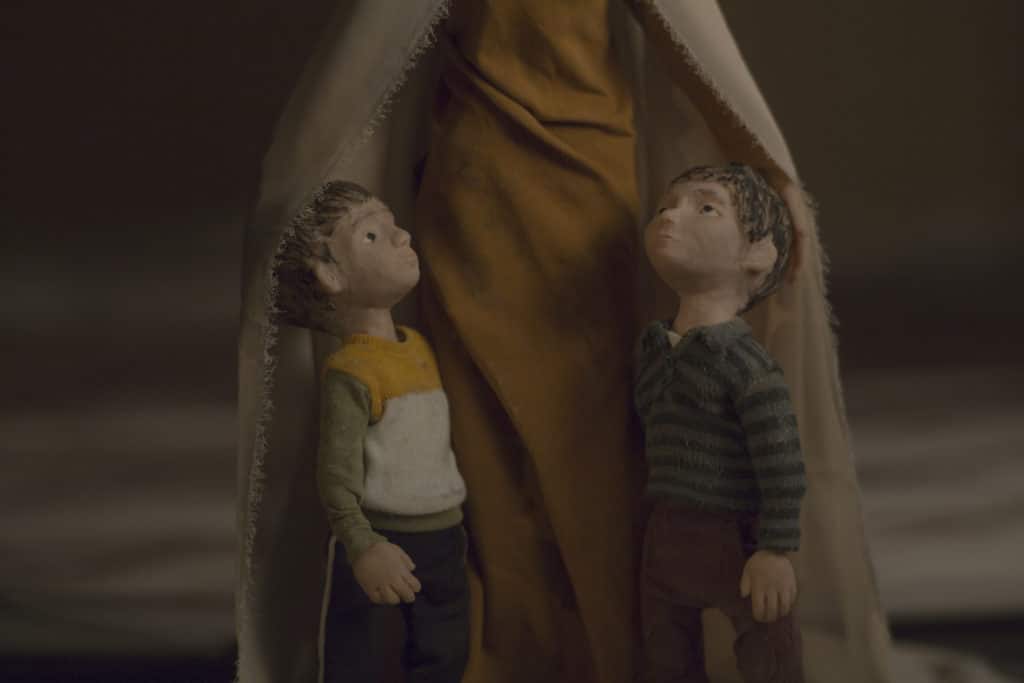 EMPOWERED WOMEN  by Nils Toftenow
Produced by IM Sweden, this documentary focuses on Mona Nahla, a disabled Jordanian woman, highlighting the situation in Jordan for people with disabilities. Mona dreams of becoming politically active so that she can ensure that discrimination against people with disabilities is stopped. She believes that it is society’s fault, and not the person who has a disability when places are not accessible to everyone. She herself received polio when she was young and has partially paralysed legs.

IM is a Swedish development cooperation organisation working to achieve a world free from poverty and exclusion, where everyone can find out about their rights and take control of their lives. We support vulnerable individuals, so that they can change their situation through their own efforts. IM was founded in 1938 and has no religious or political affiliation.

Nils Toftenow is one of three directors at the Malmö-based production company Tally-ho. The company is known for its documentary television productions, Klippans karaoke cup among others, where human triumphs and shortcomings are described with warmth.

FIVE BOYS AND A WHEEL by Said Zagha
A schoolteacher has to regain his son’s confidence and admiration through an act of violence. The father has to help his son out of a petty conflict with the neighbours. As the parents of each respective family are summoned to discuss the issue at hand, the discussions begin to quickly spin out of control, putting the values of the father to test. Set in Aqaba, Jordan, this short film is an Arabic-language adaptation of Raymond Carver’s ‘Bicycles, Muscles, Cigarettes.’

Said Zagha is a Palestinian filmmaker from Ramallah. He earned his bachelor’s degree in English and Film from Ohio’s Kenyon College in 2011. His debut narrative short film Five Boys And A Wheel stars the acclaimed Palestinian actor Ali Suliman and was funded by the Royal Film Commission- Jordan and Palestinian private sector firms. Said is currently developing his first feature film, entitled The Girl. 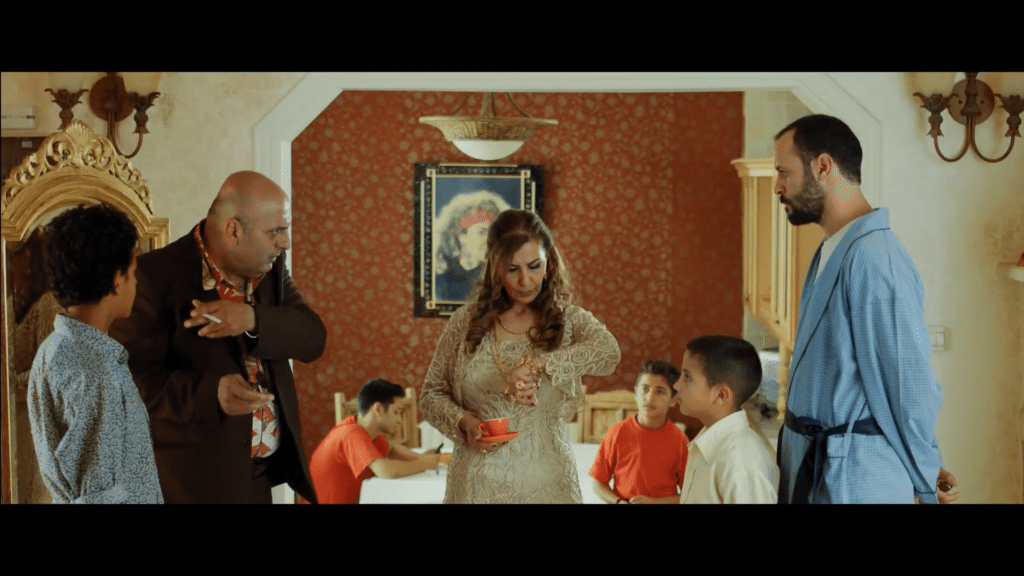 Film still from Five Boys and a Wheel by Said Zagha

GIVE UP THE GHOST  by Zain Duraie
Salam’s dream of becoming a mother shatters when she finds out that she is unable to have children with her husband. As she searches for the silver lining, she finds herself in a battle to save her marriage. A lifetime of convictions and beliefs are put to the test as Salam realizes she must make a choice.

Zain Duraie was born and raised in Amman, Jordan. Duraie graduated from the Toronto Film School. She started her career as a trainee at Philistine Films with filmmaker Annemarie Jacir and producer Ossama Bawardi. Her directorial debut short film Horizon, won the Best of the Festival Selects at the Palm Springs International Festival of Short Films, Audience Choice Award at the Franco Arab Film Festival and Best first young filmmaker at the Algeria’s International women film festival. In 2019, her second short film Give up the Ghost premiered in competition at the Venice International Film Festival and won the Best Arab Short Film award at the El Gouna Film Festival.

MISSING  by Tariq Rimawi
A window opens on a child who lives in a war-torn area where he longs for his favourite sport; football.

Tariq Rimawi is a Jordanian animated film director and scriptwriter. In 2010, he graduated with a Master’s Degree in Animation from Newport Film School in the United Kingdom. He wrote and directed three short animated films Missing in 2010, Growing in 2013, and Surprise in 2016. His shorts have been screened at more than 170 international film festivals and received 15 awards domestically and internationally. In 2014, Tariq completed his Ph.D. studies from The Animation Academy at Loughborough University in the United Kingdom. In 2016, Tariq established the Animation & Multimedia Department at the University of Petra in Jordan.

RUPTURE  by Yassmina Karajah
The film follows the journey of four Arab teens on their quest to find the public pool in their new Canadian city of Surrey, BC. Introducing a cast of young, first-time actors and war survivors who channel their personal experiences of loss and new beginnings through a fictional narrative.

THERE  by Jaafar Atwa
A short Jordanian film that depicts the daily lives of workers at the country’s largest landfill; Al-Akaider.