The seven-part conversation series lumbung calling launches documenta fifteen’s Public Programme, activated under the title Meydan. Each iteration will take place on the first Saturday of every month over seven sessions, until October 2021.

The first lumbung calling on April 3, 2021, focuses on the value of Local Anchor. The metaphor of an anchor describes the value of soil in our globalized yet divided world: soil that enables roots to grow and connects trees located miles and miles apart. Just as trees echo each other’s signals, harvesting and cultivation methods can resonate with and be amplified by local wisdoms, bringing to life new resources, and developing diverse relationships with time.

Find out about the guests and get your tickets here. 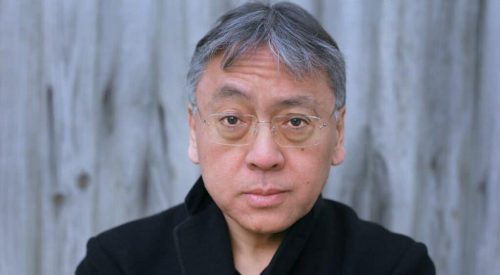 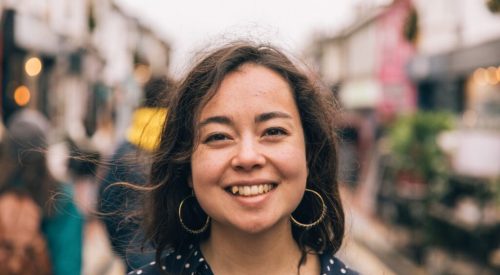 Kazuo and Naomi Ishiguro in Conversation

Two authors, father and daughter, come together in this special #literature talk from the @southbankcentre to discuss the universal questions their novels explore, from what it means to love, to what we owe each other in friendship and loyalty.

~ Kazuo Ishiguro was born in Nagasaki, Japan, in 1954 and moved to Britain at the age of five. His eight previous works of fiction have earned him many awards and honours around the world, including the Nobel Prize in Literature and the Booker Prize. His work has been translated into over 50 languages.The Remains of the Day and Never Let Me Go were made into acclaimed films.

~ Naomi Ishiguro was born in London, in 1992. Her first collection of stories, Escape Routes, was published to critical acclaim in the spring of 2020.

A Viewing Room from the Korean Cultural Centre UK

Following the one-year anniversary of the Covid-19 outbreak officially being declared a pandemic, the works’ themes and concerns – psychological wellbeing, social solidarity, care systems, reconfiguring embodiment in relation to our environment, and the transition from offline to online – appear more relevant than ever.

An Introduction to Animated Documentaries

Uri Kranot is a co-founder of research and development studio TinDrum and a creative co-director of ANIDOX, a creative platform for the development and production of animated documentary projects.

Mud of Sorrow by Akram Khan and Natalia Osipova

Two of the world’s most celebrated dancers, Akram Khan and Royal Ballet principal Natalia Osipova, perform together for the first time, using two great classical dance forms, ballet and kathak. This is a re-imagining of a duet from Khan’s critically acclaimed collaboration with Sylvie Guillem, Sacred Monsters.

This powerful work is accompanied by double-bassist Nina Harries, singer Raaheel Husain and an original poem Do You Remember? by Suhaiymah Manzoor-Khan.

At the core of this exhibition is the need for women’s togetherness: togetherness as a lived practice and togetherness as a methodology, whether that be curatorial approach or personal philosophy. Decolonising Indigenous Taiwanese contemporary art must include privileging the voices and input of Indigenous women artists.

The artists in this exhibition, all of whom identify as feminists, make these journeys from the specific starting point of Native community experience, their sovereign words and concerns about environmental reciprocity.