BF: Jameela, it is a pleasure to have you back at the Bagri Foundation, sharing your insight and knowledge with us. We started our collaboration in 2015 when we supported your six-week course ‘Every Song has a Story’. The six weeks were dedicated to exploring rasa in North Indian light-classical, folk, film, and devotional music. When you have beginners in your courses, how do you walk them through the explorative journey of something that escapes description such as rasa?

JS: Undoubtedly, Indian music is that endless ocean into which one has to dive to find pearls. Beginners can be of many levels and varying passions. They can be from amongst those who grew up with some of this music around them and yet others who are totally outside any experience of Indian music. But they have one thing in common and that is an understanding – and experience – of human emotions which are, of course, universal. And “Ras” is really all about emotion. Ras literally means “juice” but in a musical sense it’s more akin to “essence”. True, the actual cultural references that trigger ras can vary but the raw emotion itself – anger, sorrow, joy, jealousy, awe-inspiring wonderment, etc. – is something that is universally understood and experienced. Indian music is a very emotional music and some would say its chief purpose is to give rise to emotion. Ancient Indian treatises on the arts clearly lay down emotional categories both, for the performer as well as the listener. As soon as this is explained to music enthusiasts, they begin to relate to the music in their own specific way. In this sense, “Every Song has a Story” was one of the most satisfying projects to do and I felt privileged to be invited by The Bagri Foundation to do this.

BF: We had the privilege of collaborating with you in 2017 as well for the recording of two of the Bagri Foundation’s ‘Small Talk’ series’ of multi-disciplinary online conversations exploring music, cinema, art, anthropology, politics and philosophy. As part of the series, you had a conversation with Hindustani Classical vocalist, Meeta Pandit, followed by an episode on Indian and Western music with British Conductor David Murphy. They are both engaging and informative conversations for the listener; however, we wonder what you took from them and what you have been focusing on more recently?

JS: It was wonderful to have the opportunity to chat with a celebrated musician like David Murphy who has undertaken some ground-breaking projects and whose knowledge and insights into western as well as Indian classical music truly opened my eyes to certain features of both kinds of music. For instance, the technological changes in the performance and recording of music which David Murphy spoke about, had had an impact on western music in much the same way as Indian music, too, underwent a major shift in its execution.  Similarly, speaking with the acclaimed vocalist Meeta Pandit it dawned on me, yet again, that no matter how well we think we know the history or background of a style of music, there is always a great deal more to learn from those who are the actual exponents of this art. Meeta Pandit was able to shed a great deal of light on the evolution of the Gwalior gharana and its particular style of vocal music, yet despite the purist background, she remains very keen on experimental and fusion projects.

My recent focus, however, has been more on poetry in Urdu, Farsi, Panjabi and Hindi and I’ve also been paying more attention to how some of these poetic texts have been composed by different musicians and delivered in different formats by a vast variety of singers.

BF: You are an award-winning broadcaster, journalist and novelist and an Indian classical music critic and translator. Your brilliant career and impressive range of skills are a real resource. We would love it, if you would be willing to share with us three main tips for emerging writers and journalists to keep creating and remaining hopeful in challenging times.

JS: Although the current pandemic has given rise to a horrendous worldwide crisis, the lockdown and resulting social isolation have provided a perfect opportunity for more study – reading, reflection and also re-visiting those things for which one never seemed to have ample space or time when life was normal. The one thing writers/journalists need to keep doing is to learn, learn and learn, particularly when they feel they are already on top of their subject. There comes a time when this knowledge has to be shared and given to those who are thirsting for it. The knowledge is all there in the public domain, available to everyone, but what is needed is to make connections between isolated snippets of information, linking the smaller things to bigger things. It is these linkages that make our work unique. There are tens of thousands of people with a far greater knowledge of Indian classical music than I can boast of, but I like to think that I have managed to link trivia and miscellaneous data as well as my own experience in the field, with other hard, solid historical facts to form a more coherent and accessible picture of Indian music. 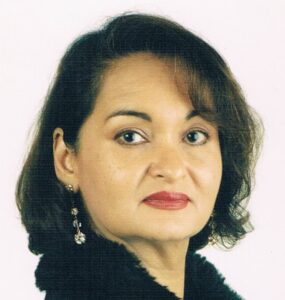 Jameela Siddiqi, an award-winning broadcaster, journalist, and novelist and a leading critic of Indian classical music, was born in Kenya and grew up in Uganda where she was reading English at Makerere University, Kampala, at the time of the Asian Expulsion of 1972. She continued her studies at the London School of Economics, University of London, from where she graduated in International History and Politics before working as a television news producer, scriptwriter and documentary director whilst pursuing further private studies in Indian classical dance and music and North Indian languages. She has translated film, folk and classical Indian poetry and songs and has acted as a language consultant for Oxford University Press whilst also contributing chapters to the Routledge Encyclopedia of Hinduism and the Penguin Rough Guides to World Music (India and Pakistan) with a special focus on the devotional music of Hindus, Muslims and Sikhs on which she has also written for  The Intimate Other – Love Divine in Indic Religions, eds. Anna S. King & John Brockington, Longman Orient, New Delhi, 2005.  She is a regular contributor to Songlines, a leading publication on World Music and, apart from writing, broadcasting (BBC Radio 3, Radio 4 & World Service), and lecturing in the UK and abroad on all aspects of Indian classical music and culture she has also published two novels, dealing with the Asian Expulsion and the role of music: The Feast of the Nine Virgins, 2001, and Bombay Gardens, 2006.  She is the author of numerous short stories, essays and articles and has taught on creative writing courses.  She has also worked as Course Manager and Lecturer in Indian Classical Music for Trinity-Laban, in conjunction with The Bhavan Centre, (2007 – 2011). She has taught a course in Indian Classical Music Appreciation at the South Bank Centre, (since 2012), in conjunction with the Darbar Festival of Indian Classical Music.