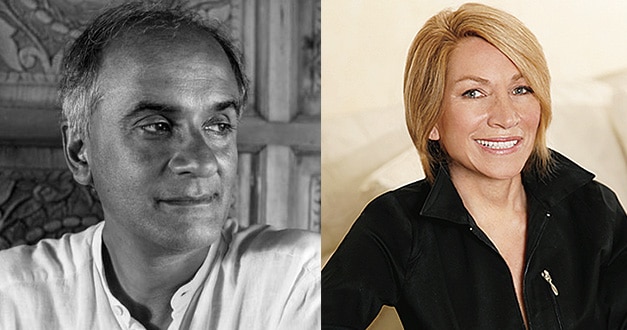 ZEEJLF at the British Library: At Home in the World

“We travel, initially, to lose ourselves; and we travel, next to find ourselves…” Pico Iyer, British-born essayist and novelist of Indian origin, leads a peripatetic life between a Benedictine hermitage in California, Nara in Japan and international airports around the world. We are honoured to launch his new book Autumn Light, a far-reaching exploration of Japanese history and culture and a moving meditation on impermanence, mortality and grief. In conversation with writer and journalist Marie Brenner, he speaks about his life, beliefs and writing.

Pico Iyer
Pico Iyer is author of more than a dozen books, translated into 23 languages. His three recent talks for TED have received more than 7 million views so far. This spring, he brings out a new book on Japan titled Autumn Light followed by A Beginner’s Guide to Japan and This Could Be Home later in the year.

Marie Brenner
Marie Brenner is an American author, investigative journalist and writer-at-large for Vanity Fair. She has also written for New York magazine, The New Yorker and the Boston Herald, and has taught at Columbia University’s Graduate School of Journalism. Her Vanity Fair article on tobacco insider Jeffrey Wigand, ‘The Man Who Knew Too Much’, inspired the 1999 movie The Insider, starring Russell Crowe and Al Pacino. A Private War with  Rosamund Pike as legendary war correspondent Marie Colvin was adapted from Brenner’s Marie Colvin’s Private War.  Brenner has as well produced the documentary Where’s My Roy Cohn? to be released in September.