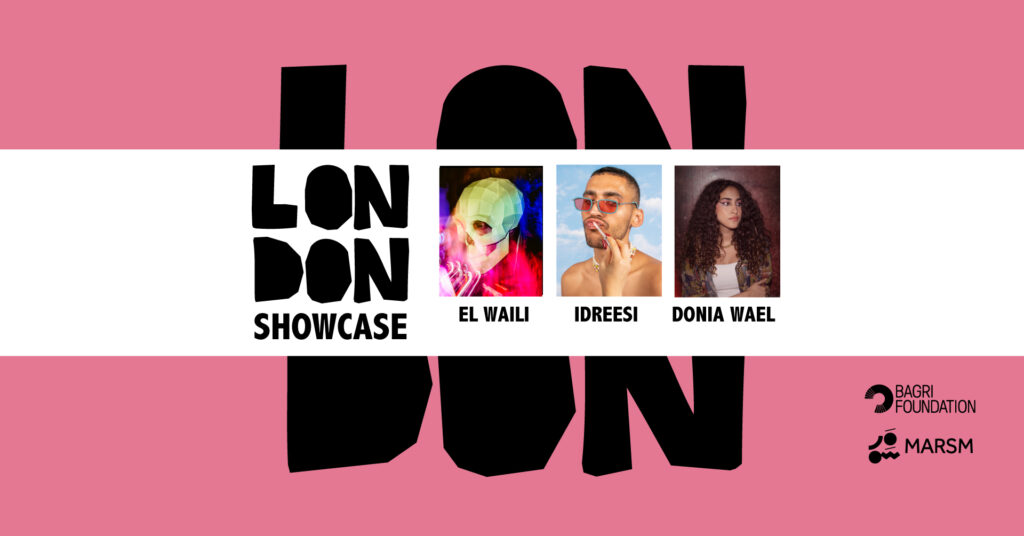 The Case of Arabic Hip-Hop

​Heralding a new wave of artistry, this celebrated collective of producers and singers from Egypt and Jordan take over London with their solo performances, coupled with their popular collaborations that have taken the region by storm. This showcase is produced by Marsm and made possible by the support of the Bagri Foundation.

EL Waili
The artistic name of the Egyptian music producer Kareem Gaber, EL Waili is distinguished by his futuristic infusion of psychedelic Chaabi, house, techno, and electronic dance music. Documenting his living experience in El-Waili neighbourhood of Cairo, he’s created a unique beat that translates this rich fusion of urban noises. Releasing over 30 singles since his debut in 2020, he has firmly made his mark in the electro chaabi scene in Egypt.

Idreesi
Producer, singer, songwriter based in Amman, Mohammad Idreesi (aka Idreesi) is the co-founder of the electro-acoustic collective Garaseen alongside his solo work that includes producing for artists such as The Synpatik and Zaid Khaled. Starting his musical journey when he was studying acting and directing for theatre at the University of Jordan in 2012, his acoustic guitar became a novel medium to express his personal life, with his breakthrough solo EP created entirely in his bedroom. Garaseen’s latest EP is a meshing of easy-on-the-ear acoustic vibes with the result a dreamy, catchy, but not overly-simple Arabic pop. It is dynamic, with unique vocal elements, gossamer ambient, and catchy hooks.

Donia Waelll
Ever since starting her music career, singer, songwriter and composer Dunia Waelll has been known for her buttery vocals that complement her smooth and deeply poetic lyrics. Introduced to music at a very young age, she is a self taught multi-instrumentalist and has been a versatile artist whose innate poetry never overshadows the relatability of her songs. Releasing her first single in 2020, she soon after went on to work with EL Waili and Zaid Khaled, most notably