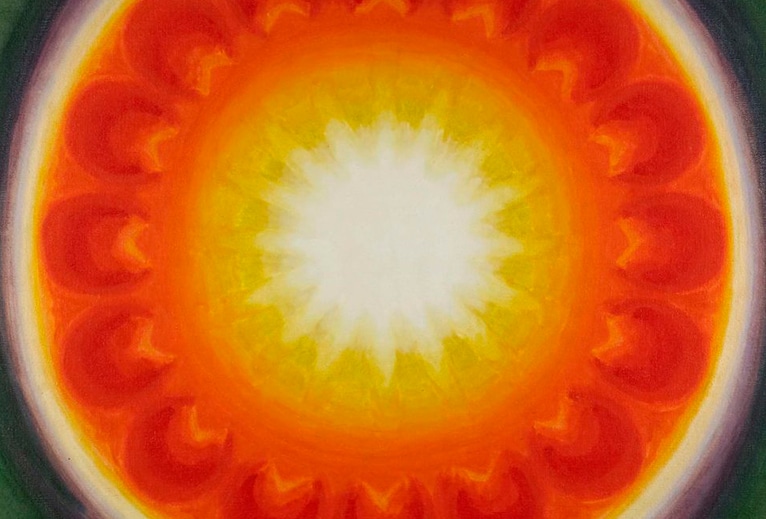 From Shunya to Brahmanda: the visual metaphysics of Tantric art

This lecture by distinguished Indic studies scholar, Madhu Khanna will offer an overview of some of the most remarkable masterpieces of Tantra Art, mainly from the collection at the National Museum, New Delhi.

Tantrism (AD 900–1600) marked one of the most distinct and revolutionary phases of Indian religious history. The emergence of Tantra was characterized by the rise of literary, textual and exegetical works.

Over the centuries, Tantric cosmology, theology, myth, ritual and occult sciences created a new pantheon of gods and goddesses together with an innovative style of aesthetic representations.

The lecture explores the underlying visual metaphysics of three distinct icono-texts and genres of Tantra Art namely, the theory of cosmogenesis embodied in the symbol of the Shri Yantra, through the nuclear motif of the bindu that maps the expansion of the graded order of creation (brahmanda).

Other works of art of great significance are the power-packed iconography of some Mahavidya pantheon of goddesses and the symbol and imagery of the envisioned cosmos in the subtle-yogic body channelled in the Tantra practice of Kundalini-yoga.

This presentation brings together the philosophical dimensions of microcosmic (bindu) and macrocosmic (brahmanda) level of the Tantric worldview.

The lecture will also attempt to highlight the ritual contexts and the relevance of the Tantric worldview for modern times.

This event is presented in partnership with Tantra: enlightenment to revolution at the British Museum, supported by the Bagri Foundation.

Madhu Khanna (D. Phil. Oxon.) is a well-known scholar of Indic studies and has written extensively on the art of Tantra. At present, she is Tagore National Fellow at the National Museum, New Delhi. Until recently, she was the Director of the Centre for the Study of Comparative Religions and Civilizations, Jamia Millia Islamia, New Delhi. She has been Bina and Haridas Choudhury Distinguished Fellow (2013–14) in Asian and Comparative Studies at the California Institute of Integral Studies, San Francisco. She received her doctoral degree from Oxford University, from the Faculty of Oriental Studies, where she specialized in Hindu Shakta Tantra. She has been the recipient of the prestigious Inlakes Foundation grant and Homi Bhabha Fellowship. She has authored/edited seven books which include: The Sricakra: History, Ritual and Symbol of Goddess Tripurasundarf (forthcoming); Siiktapramodah, of Deva Nandan Singh; Religions After September 11, Proceedings of an International Seminar (co-editor); The Subtle Body – An Illuminated Tantric Scroll; Rta – The Cosmic Order, Proceedings of an International Seminar (editor); Yantra: The Tantric Symbol of Cosmic Unity; The Tantric Way – Art, Science & Ritual (co­ author). The last two books have been translated into German, French, Italian, Dutch and Korean. Described by the Sunday Times Magazine, London, (13th July 1997: p.40) as ‘the respectable public face of modern Tantra’, she has delivered lectures in America, Canada, Europe, Japan, Thailand, Indonesia and Australia at various universities and public forums. She is the founding member and Chairperson of The Tantra Foundation, New Delhi and the Centre for Indic and Agamic Studies in Asia (CIASA), the academic wing of the Tantra Foundation. She has recently been nominated to the academic Council of Nalanda University, India