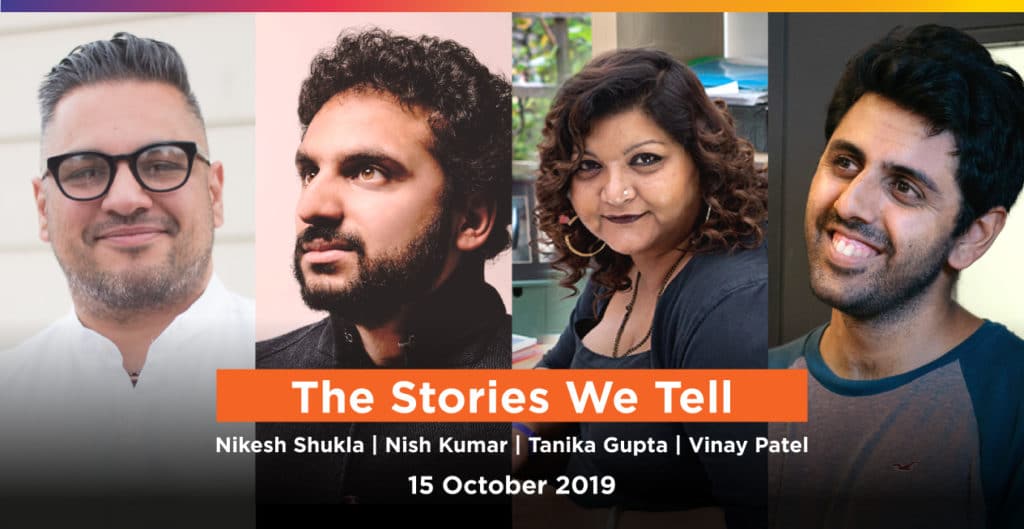 In TIME Magazine, Nikesh Shukla recalled his early experiences of seeking a publisher, and being told that his characters were not “authentically Asian enough.”

“Not all writers of colour want to write about race,” Shukla says, “they want to write sci-fi, or creative non-fiction about bee keeping.”

In this event, an impressive array of writers and performers will discuss the pursuit of creative freedom, literary acts of defiance, and the stories they are encouraged or allowed to tell.

Tanika Gupta has written for theatre, radio, film and television. Her stage plays have been performed at the Royal Court, National Theatre and Young Vic, and include Voices On The Wind, Skeleton, On The Couch With Enoch and The Waiting Room.

Nish Kumar is an acclaimed comedian, actor and presenter. He is host of the satirical news programme The Mash Report on BBC 2 and is a regular contributor to Q.I., Mock The Week and Have I Got News For You.

Vinay Patel is a writer for stage and sceen. His first piece for television, Murdered By My Father, was nominated for three BAFTAs. He has written for the Bush Theatre and the latest series of Doctor Who.

Nikesh Shukla is the author of three novels, is the editor of the bestselling essay collection, The Good Immigrant and the co-founder of The Good Journal and The Good Literary Agency.

Their discussion will be chaired by the journalist Nomia Iqbal.

This event will include audience Q&A and book signing.

Asia House are pleased to be in partnership with The Royal Society of Literature for this event.

Nomia Iqbal is an award winning journalist and broadcaster with BBC News. She has travelled across South Asia, Africa and Europe specialising in politics, governance and youth issues. She presents news and current affairs on BBC World Service, BBC 5live and BBC Radio 1, as well as reporting for domestic and international television.