'Book of Permutation = Tale of a Dying House'

A story of incantation/birth in the form of a funeral, told by window-keeper spirits in a house. Taking on themes of the Buddhist funeral tradition in Korea in which people hold a funeral every 7 days for 7 weeks. The work interrogates ways in which change can be evoked by decoding reality, history, and past; tracing clues that others have left, while leaving marks to be observed, and slipping in and out of the dark life that language and its inscriptions on matter extrude into the fiction of reality. By interpreting an adaptive method of the funeral tradition, the work holds a decoded ceremony with experiences of each stage of the 49 days between life and afterlife. The fictitious space the work navigates within is a pending event on the digital/non-human timeline, which interrogates the ontology of a ghost who is both yet to live and die.

Commissioned as part of the Bagri Foundation’s Chang/ce series of new animations.  Available until 31st October 2021. 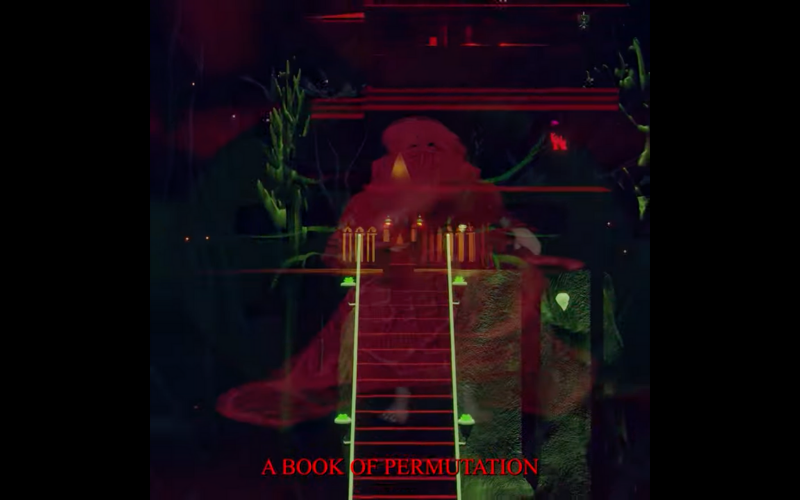 Nuka Nayu (formally known as Nayu Kim) seeks to temporarily invoke a state of ‘becoming’ rather than ‘being’; a constantly shifting threshold within the absent and invisible. They use ‘Chaos’ as a method to direct their work and employ the use of ‘making strange’ as a focal point to bring about new modes of stimulation. Nayu currently showed their work in a group show ‘New Friends Old Friends’ at Collective Ending HQ. They were on a 6-month-residency called SPUR at Chaos Magic Space, in addition to having a month residency at the QUEERCIRCLE this January. Nayu is the winner of the Sanitasia Sanitation Gala Competition at Stockholm Fringe Festival 2020. They were shortlisted for South London Gallery’s Postgraduate Residency 2020-2021 and also Sculpture Town Artist in Residence (STAIR) at Harlow sculpture town residency. They have also screened their film ‘SLEEPAWAKE CHAOSKAMPF: OFFICIAL TRAILER’ for ‘AOS’ at Arebyte Gallery. Nayu took part in the ‘CARELESS LIMBS’ group show which was being featured in ARC Magazine: Dirty Issue. They presented a sound performance at Montez Press Radio part of ARC Magazine’s two-issue-contribution, and they have previously performed for the magazine’s launch event. Nayu performed for Gut magazine’s annual launch event (2019) at LN-CC and they were part of The Oscar Wilde Temple Artists’ Group (Winter programme 2019) at Studio Voltaire. Other group exhibitions include ‘Everything you need to know about Sculpture’ in Orozco Garden at South London Gallery, and ‘Sculpture Zoo Keepers’, Hackney Gallery, Royal College of Art in 2019. Nayu had a month residency (RAID) and presented a solo show at Penarth Centre in 2016; some other performances include ‘MONO:4’ at Courtyard Theatre, DIG, HFBK Hamburg and Red Gallery, in previous years.

Nuka Nayu and Harry Appleyard are multidisciplinary artists specialising in textile, costume, digital work and moving image. Nayu grew up in Korea and they graduated from Royal College of Art last year studying MA Sculpture. Harry is a recent graduate studying BA Fine Art at Goldsmiths College. They have been working together since last year, and have recently shown their work in a group exhibition ‘Space Lapse’ at Royal Society of Sculptors. They are currently showing their work in a group show ‘New Art World’ at Guts Gallery. Their work focuses on the materiality and mythology of chaos and craft.